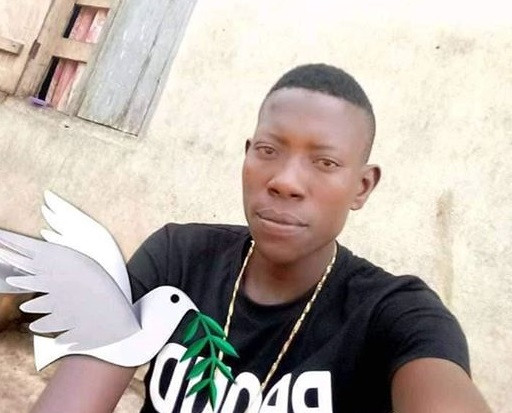 Four people have been feared dead in a cult war in Okundi village of Boki Local Government Area in the Central Senatorial District of Cross River. It was learnt that houses and properties worth millions of Naira were also destroyed in the incident which started on Monday and escalated on Tuesday. A community member, Joseph Osor, told newsmen in Calabar on Tuesday that 12 villages that made up the Old Osokom Clan in Boki local government area had earlier met seeking ways to eradicate cult activities in the community. Mr Osor said the cult groups, however, got the information that the community was plotting to counter their activities and decided to strike first. According to him, the cultists allegedly camped in a Church in Okundi, close to Boki Boys’ Secondary School.“On Monday night, they struck killing their first victim, Bukie Bankong, who spoke vehemently in the community condemning activities of the cultists. The entire community then rose attacking all alleged cult members killing Alphonsus Ewung, Otu Edum, Joseph Bankong and the son of one Chief Paulinus Out, among others. Several houses and property worth millions of naira have been burnt between Monday and Tuesday that the trouble started,” he said. 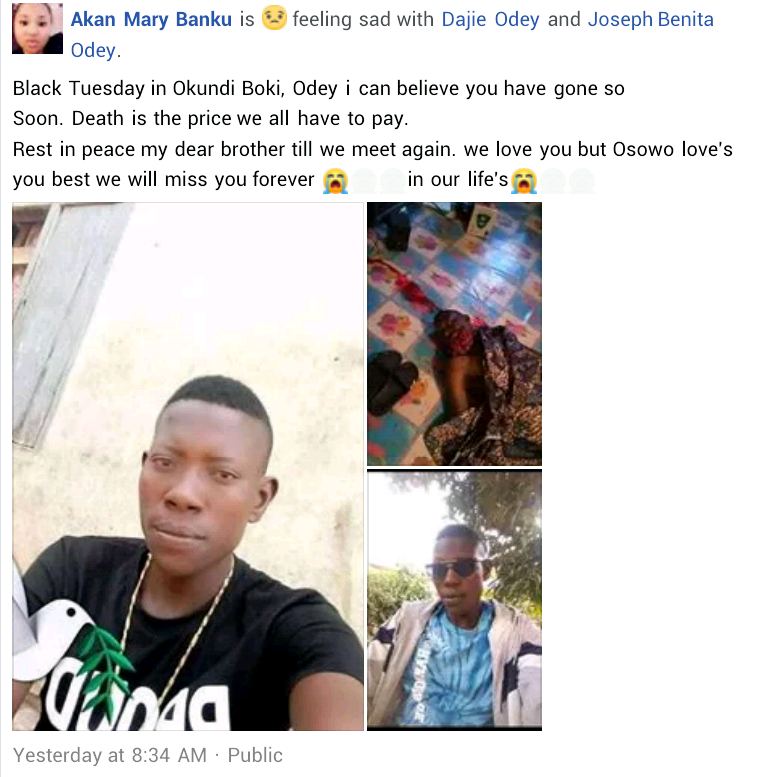 Another community member revealed that those killed includes the younger brother of one Rev. Fr. Francis Agbor. The Commissioner of Police in the state, Austin Agbonlahor, who confirmed the incident, said that the police have been mobilised to the area to restore peace."We have mobilised our men to the area to maintain peace as well as return calm to the community" he said.  The post Four youths killed in renewed cult clash in Cross River community (graphic photo) appeared first on Linda Ikeji Blog.