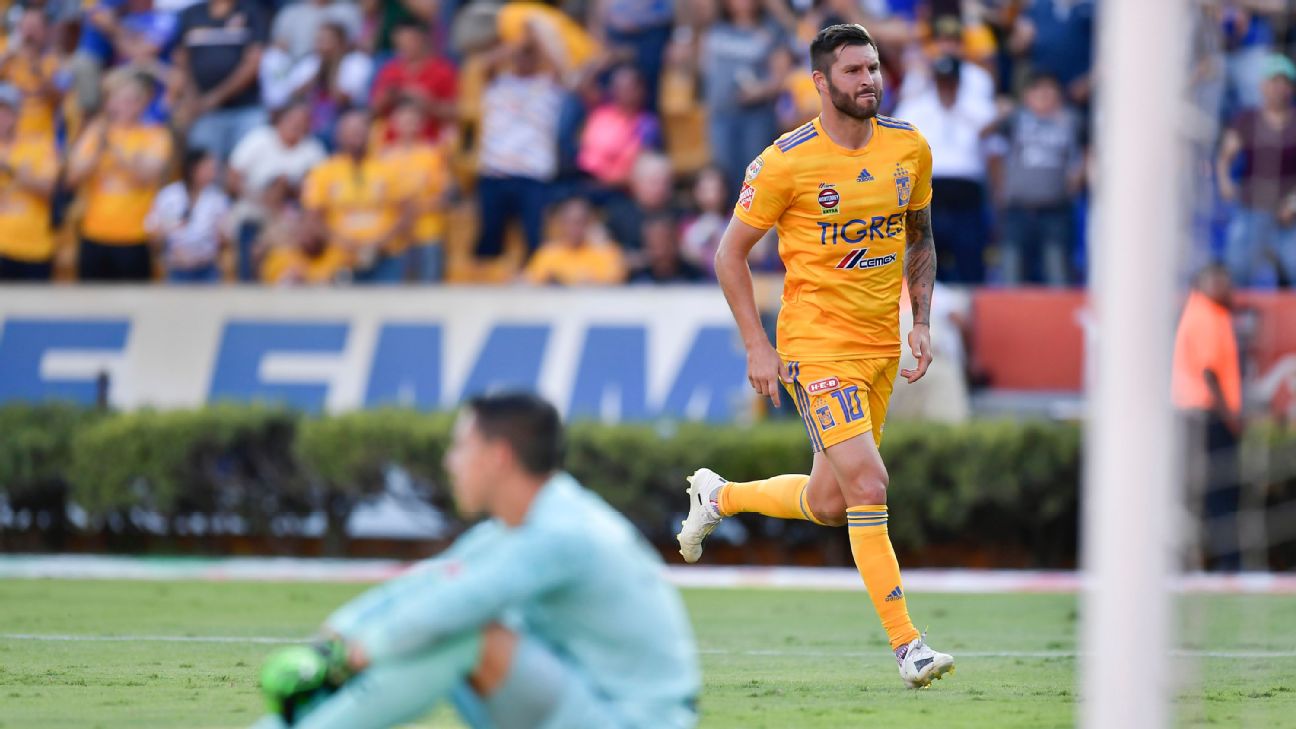 Brian McBride explains how playing Liga MX teams mid-season in the Leagues Cup will either help or hurt the four MLS teams involved.

A cat took to the pitch and got a touch on the ball in the Leagues Cup match between Real Salt Lake and Tigres.
Round four of games in the Liga MX Apertura saw Santos Laguna win once again, Chivas pick up a vital three points and Veracruz's winless streak increase to 30 games.
Here's a run-down of the key events in Mexico this past weekend:
Santos Laguna, Queretaro, America remain unbeaten
Santos Laguna remains perfect and top of the league, following Sunday's 4-1 win over Puebla. The impressive thing for Los Guerreros is that it was achieved after playing the whole of the second half with 10 players, having…