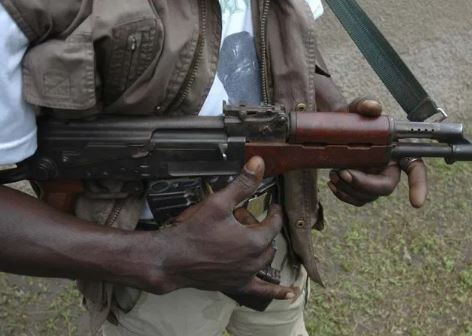 Gunmen have abducted Sylvanus Okogbeni, chief medical director (CMD) of Irrua Specialist Teaching Hospital (ISTH), Edo killing two policemen attached to him.   The incident happened at Ramat Park, Ikpoba-Okha local government area of the state on Monday while the CMD was returning to Benin, the state capital. Chidi Nwabuzor, spokesman of the Edo police command, confirmed the killing of two officers attached to Okogbeni.  Nwabuzor confirmed the incident. He said the policemen were killed by suspected gunmen who also abducted the CMD. Two other persons in the convoy, whose identities had not been ascertained, were shot dead. Nwabuzor said investigations into the incident had commenced.   Emmanuel Igiechi, chairman, Senior Staff Association of University Teaching Hospitals, Research Institutes and Associated Institutions of Nigeria, ISTH branch, expressed the association’s sadness over the security challenges in the area. Igiechi said the abduction was an indication that the movements of members of staff of the hospital were being monitored.“This tells us how serious the security situation has become. We are indeed in a very difficult and dangerous situation. Security agencies should strengthen their presence in Irrua and its environs, as abductions and kidnappings have become rampant in this area” he said.The post Gunmen kill police guards, abduct Chief Medical Director ofIrrua Specialist Hospital,Sylvanus Okogbeni in Edo State appeared first on Linda Ikeji Blog.