Iron Maiden frontman Bruce Dickinson's estranged wife, Paddy Bowden has died in a 'tragic accident.' She was found dead at their marital home in Chiswick, West London at about 10am on Monday, May 18.  In a statement, Dickinson said: 'This is a terrible tragedy which appears to be […] 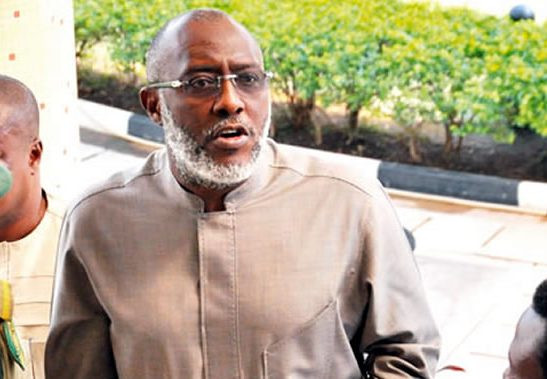 Olisa Metuh, former national publicity secretary of the People's Democratic Party, on Friday, September 27th narrated in a Federal High Court, Abuja, presided over by Justice Okon Abang, how he distributed the N400million, he collected from the Office of the National Security Adviser ONSA, under Sambo Dasuki as national security adviser in 2014, in what he said was a “special national assignment,” in the lead up to the 2015 general election. He is facing prosecution by the Economic and Financial Crimes Commission, EFCC alongside his company, Destra Investment on seven-count charges, bordering on money laundering to the tune of N400million (Four Hundred Million Naira). A statement from EFCC says Metuh who is the defence team’s 15th witness under cross-examination by the prosecution counsel told the court that there was never an instance where the former President Goodluck Jonathan directly paid any money to him. He said that the payment of N400million (Four Hundred Million Naira) was for the national assignment as directed by the then president. Upon being shown the statement of his account which had N6.6million (Six Million, Six Hundred Thousand Naira) before an inflow of N400 million into it on November 24, 2014, he narrated to court how he disbursed the money in what he said was a 'national assignment'. He said there was an outflow of N7.5 million from the amount through a cheque to a company, CNC Connect on December 2, 2014, another payment of N21.7 million to Chief Anenih and N50 million to Kanayo/Olisah Metuh which is a joint account on December 4, 2014. On that same date, he narrated that there was another outflow of N31.5 million to Richard Ehidioha. He also told the court of two separate payments of N200million and N300million to Daniel Ford International also on December 4, 2014. Other subsequent expenditures he said are payments to CNC Connect in the sum of N70million on December 15, 2014; N25million to Abba Dabo on December 16, 2014 and N5million to Ambassador Kema Chikwe. He told the court that a final report he submitted to the then president had all the expenditures of the N400 million, captured in receipts and signatures for all payment of monies in cash and through several accounts for the special assignment. He said he had about 19 accounts of which more than five are in Diamond Bank. Metuh also told the court that he made an investment of $2million dollars in cash (Two Million Dollars) in ARM, through an ARM staff, Miss Nneka Ararume. When asked if the equivalent of the $2million was paid in naira into Dextra’s account which was to the tune N366 million at that time, he said, "We led evidence to show that the $2 million was paid by me to ARM and the prosecution had led evidence to show that Nneka Ararume paid monies to bureau de change which now transferred the monies into my account." He said he did not have any dealings with the bureau de change, recalling that Miss Ararume told the court that she got his account details from his record with ARM and gave it to the bureau de change. When asked if the non-payment of $2million dollars into his account was to conceal the origin of the money, Metuh said the non-payment of the sum into his account was the failure of his account officer to execute a lawful and legal directive. Justice Abang adjourned the matter to September 30, 2019 for continuation of trial.The post How I shared N400m from Dasuki- Olisa Metuh appeared first on Linda Ikeji Blog.