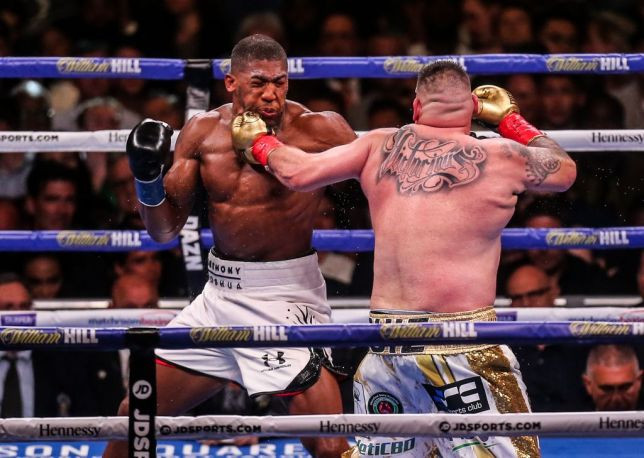 Anthony Joshua has admitted he suffered heavily following shock defeat by Andy Ruiz. The British Nigerian boxer lost his IBF, WBA and WBO titles after he was defeat to Ruiz Jr back in June at Madison Square Garden. The Mexican boxer defeated Joshua in the seventh-round to hand British/Nigerian boxer his first professional loss. The pair will fight once again in Saudi Arabia on December 7, and Joshua has admitted that he suffered heavily after their first fight.  He said: 'I think I had to grieve and ask myself all the questions you would expect. People say 'you lost', I call it a blip. 'I can't wait to get in there and fight him. Every time I have fought a champion I have risen to the occasion.' Joshua also said he might change his approach in order to be more proactive at the start of fights. I need to start taking this approach to my fights where I'm a bit more lively. I know I'm capable of it. There is too much at stake. 'If I go in there where I'm switched on, a time like the Ruiz fight where I am so relaxed, that might be the difference.'   The post ‘I asked myself all the questions’ – Anthony Joshua admits he suffered heavily following shock defeat by Andy Ruiz appeared first on Linda Ikeji Blog.