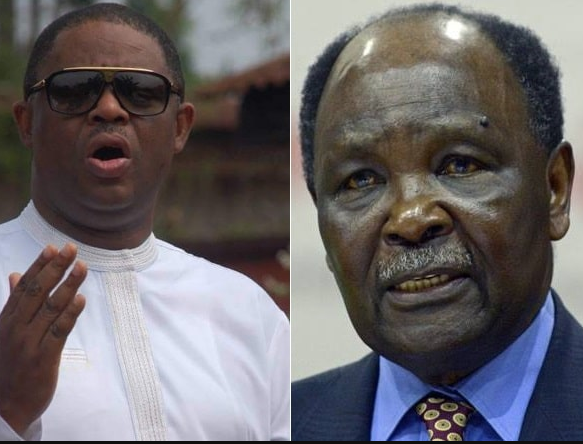 Former Nigerian Head of State, Yakubu Gowon celebrated his 85th birthday a few days ago and he was largely hailed and celebrated as a 'hero'. Femi Fani-Kayode has however explained why he cannot celebrate Gowon or describe him as a hero. According to FFK, 'when the real history of the country is written the role of General Yakubu Gowon and the other Nigerian commanders during the civil war will be put in proper perspective. The slaughter of 3 million Biafran civilians in that war is the greatest act of black on black genocide in human history'.I cannot celebrate the birth of a man who presided over such carnage and neither can I describe him as a hero. Nigeria cannot make much progress or truly prosper until she apologises to the Igbo and Biafrans for the great evil that we visited upon them duing the civil war.The waging of war is different to the mass murder of civilians. The former is lawful, the latter is not. War between two armies is legitimate but the targetting and slaughtering of innocent and defenceless men, women and children is a violation of international law and a crime against humanity.Worse still such savagery and barbarity is simply unacceptable in a society or nation that lays claim to being rational, reasonable, decent, benign and civilised.The truth is that those that were directly involved in the carnage have innocent blood on their hands and that blood cries to God in heaven for vengeance and justice.We as a nation would do well to learn from others and muster the decency and courage to apologise and make reparations to the people of the South East for the abominable cruelty and wickedness that we visited on them in the name of the Nigerian civil war.The post I cannot celebrate the birth of a man who presided over theslaughter of 3 million Biafran civilians – FFK to Yakubu Gowon appeared first on Linda Ikeji Blog.