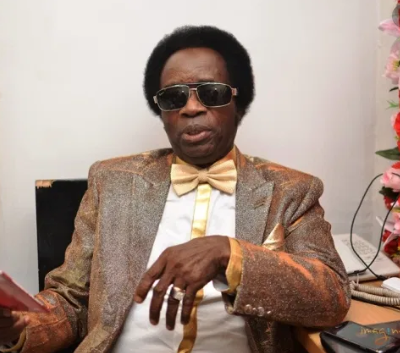 Legendary highlife musician, Sir. Victor Uwaifo, has called on government and corporate bodies to take over his private music museum to save it from total rot. Uwaifo made the call during a visit to his “Revelation Tourist Palazzo” Museum in Benin City on Friday by officials of National Council for Arts and Culture (NCAC) as part of the ongoing National Festival of Arts and Culture (NAFEST).   He said that he had invested hugely in preserving the culture and history of the Edo people and Nigerians at large by establishing the timeless museum. He said that the museum, which housed all his intellectual property, ancestral shrines, slave market peculiar with Edo state, rituals and more, was his contribution to humanity.   According to him, government or private investors could take up the management of the historically-rich museum to ensure proper preservation and conservation of the content.”I have put in so much into the museum, my flesh, blood and money have been invested into the museum and I want government to take it over for proper management. I invested so much money into the museum which I could have put on fixed deposit.  ”I am a fulfilled musician and artist. For me, there is nothing better than music and art because it gives me satisfaction. It makes me look forward to the future with pride,” he said.Uwaifo said that the museum was a beehive of activities since inception as it had recorded huge patronage from students who got entertained, educated and inspired through its works of art.The post I want government to take over my museum Sir Victor Uwaifo appeared first on Linda Ikeji Blog.