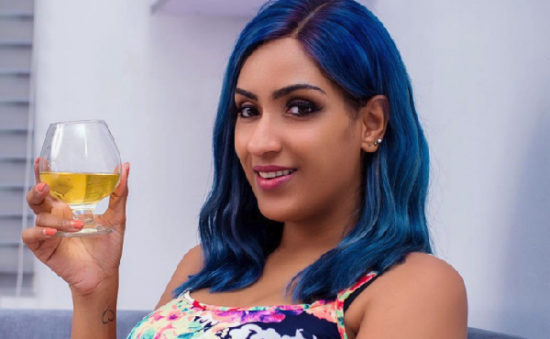 Juliet Ibrahim wants to date Chris Brown but has no plans to do it according to her recent revelation about her personal life during a chat with LITV.

She opened up that she has slid into his DMs many times but he won’t just respond to her messages.

She added that she’s also had some good ones but isn’t in a relationship at the moment.

She went on to reveal what she desires in a man. According to her, she wants a man who is honest and blunt.

“I don’t look for things in people. I don’t try to have expectations,” she told LITV. “But I know that if I meet someone and he’s honest enough and that spark is there… that’s what I look for. I like honesty. I like people who are blunt, from the beginning you just pour it all out.”

She also opened up about the crush she has on Chris Brown and what she’s doing about it.

She said: “I want to date Chris Brown.”

She continued jokingly in pidgin: “Why do you want to know my secret? The DMs upon DMs that I don send, e no dey read am.”

Getting serious, she said: “I think if I want to meet him, it’s very easy. I know people that know him sort of. But, I just have a crush on him, so it’s not like… But if he comes, we’ll go on that date oh.”

The post “I Want To Date Chris Brown” – Juliet Ibrahim appeared first on .

A paedophile farmer who believes children are "little adults capable of enjoying sex" has been jailed for 22-years for the rape of a child he left with a "broken soul". 58-year-old Philip Youngman, who repeatedly abused the girl was recently convicted of a series of rapes and […]