Following the reports that a Babcock University student, identified as Godknows Adolphus Owhor otherwise known as Yangy, was called out for allegedly raping a whopping 24 ladies, he has now come out to react to the allegations. Godknows’ alleged victims came forward with their stories […]

Operatives of the Niger state police command have arrested a 25- year- old man, Ezekiel Yunana, for raping an 85- year- old grandmother in Rafi local government area in the state. The victim who reported the case at the Kagara police division, said she was inside her house sleeping when […]

Â Yangy, the Babcock student accused of raping 24 girls including his cousin has reacted (video)

Godknows 'Yangy' Adolphus Owhor, the Babcock student accused of raping 24 girls including his cousin has denied all the accusations.  Two days ago, the student's alleged victims came forward with their story after Twitter user @caramelangiee shared screenshots of a DM she got. (Read here)Addressing the rape […] 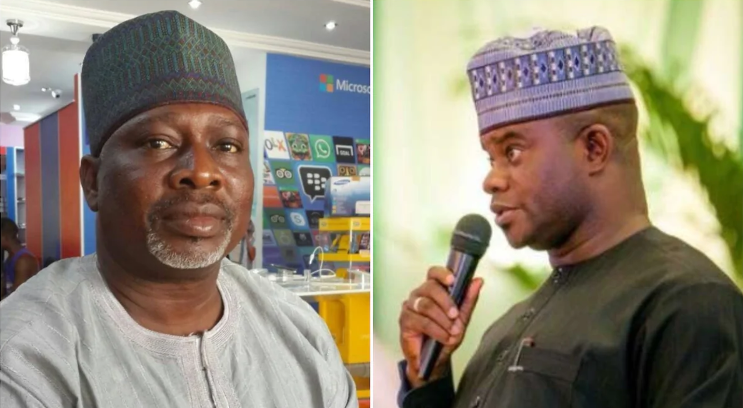 Impeached Kogi State Governor, Simon Achuba has stated that he was treated like a common criminal while pointing out the unconstitutional side of his impeachment.  Speaking with newsmen at his private residence in Zone 8 area, Lokoja, Achuba who described his impeachment as completely illegal, inhumane, a shame and an insult to the state and nation in general, called on President Muhammadu Buhari to beam searchlight on the level of lawlessness in Kogi State to prevent the emergence of another form of insurgency in the country. He insisted that the swearing-in of Edward Onoja, former Chief of Staff to the Governor or anyone else “will amount to continuation of illegality being perpetrated by Governor Bello.” Achuba further stated that even as a sitting deputy governor he was treated like a common criminal, held under house arrest, his house disconnected from the public power source. The impeached Kogi State Deputy Governor said that when power to his house was disconnected, “security men came with technicians to disconnect both the ‘NEPA’ light and cut off the generator cables,” after he instructed an aide to put on the generator. He disclosed that he has commenced the process to reclaim his mandate and put an end to executive lawlessness in the Kogi.  This is coming after the panel set up to investigate the impeachable allegations against Simon Achuba, disclosed that he wasn't found guilty of any of the offence. The state's House of Assembly however went ahead with the impeachment, accusing the panel of compromise. The post I was treated like a common criminal – Impeached Kogi Deputy Governor, Simon Achuba appeared first on Linda Ikeji Blog.

Following the reports that a Babcock University student, identified as Godknows Adolphus Owhor otherwise known as Yangy, was called out for allegedly raping a whopping 24 ladies, he has now come out to react to the allegations. Godknows’ alleged victims came forward with their stories […]