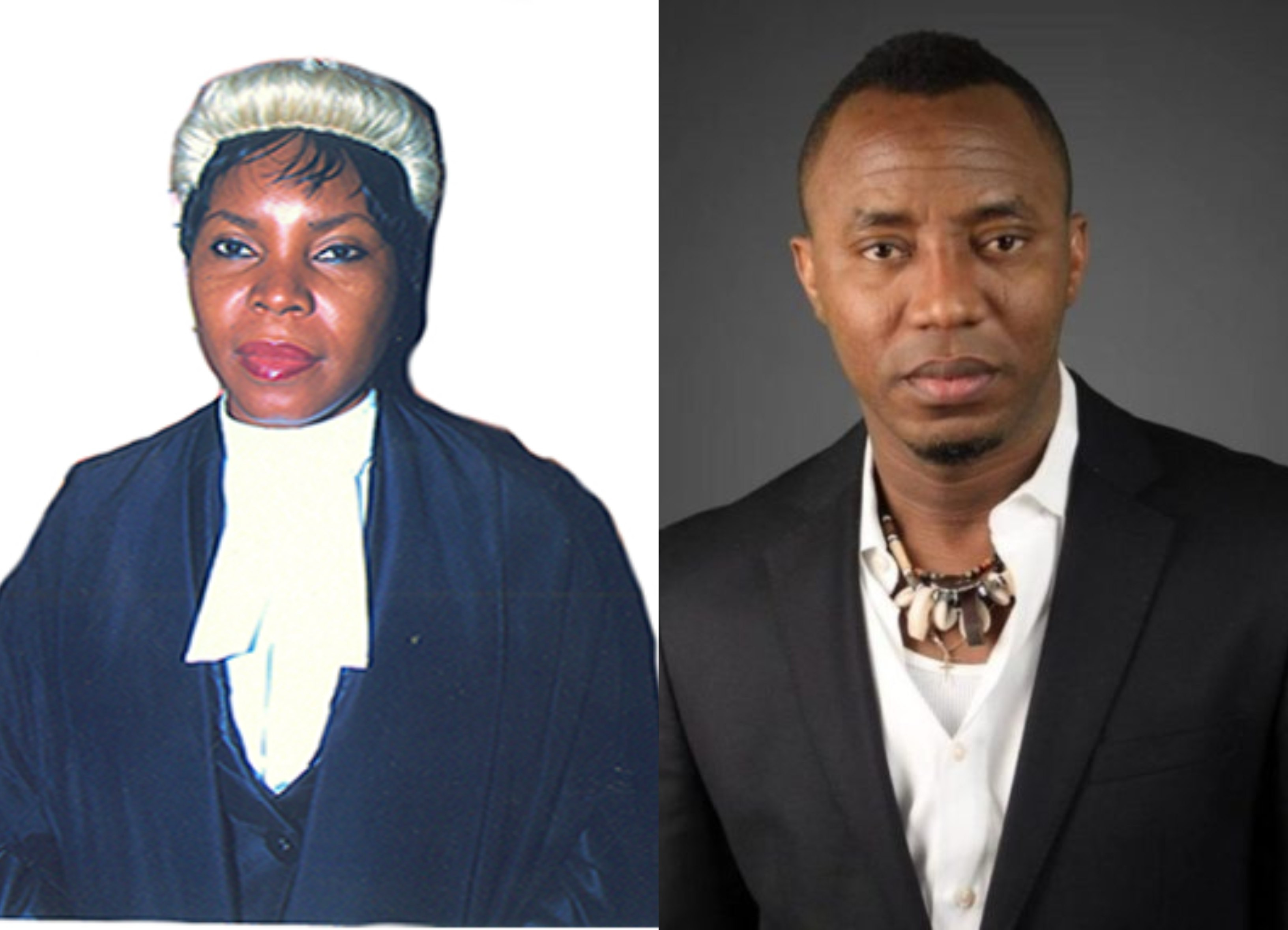 Justice Ijeoma Ojukwu of the Federal High Court in Abuja has expressed concern as no one is willing to stand as surety for Omoyele Sowore, convener of #RevolutionNow Movement who was arrested on charges of treason and insulting President Buhari.  The Federal High Court Judge who spoke after Sowore's counsel, Femi Falana sought for a variation to the previous bail conditions of N100m and two sureties which he said could not be met, said the defendant's inability to get two surety poses serious concern.  Ojukwu said:“Considering the pedigree of the first defendant as observed in his application, it is rather unfortunate that no one is willing to stand as his surety on those terms.“On the other hand, it creates an assumption that despite the pedigree of the first defendant, none of his best associates is willing to stand for him. This poses a cause for concern.” Ojukwu reviewed Sowore’s bail conditions, setting aside the previous order which directed one of Sowore’s surety to deposit N50m. She also explained that the bail sum is not required to be deposited but when a court makes an order for security, the secured money is later returned to the owner (surety).The post Im concerned no one is willing to stand as Sowores surety – Judge appeared first on Linda Ikeji Blog.