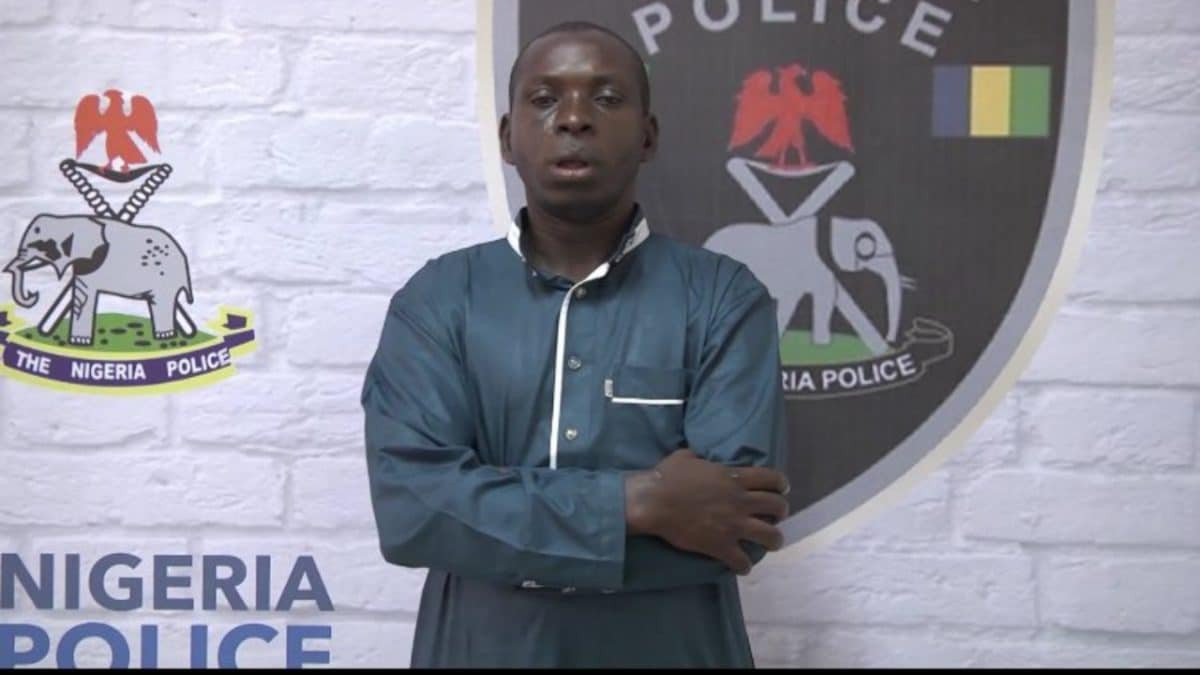 Hamisu Wadume, the rearrested Taraba kidnap kingpin has disclosed that he lost his manhood in the shooting by soldiers which left three policemen dead to enable his escape.  Admitting that the soldiers shot at the police bus in order to rescue him, Wadume disclosed that he no longer has erections as one of the bullets injured his scrotum.  The 34-year-old kidnapper with four wives and four children, told newsmen “I was arrested by the police in Ibi on August 7. The police said I am a kidnapper and they handcuffed my hands and legs.“On our way, we passed through an army checkpoint and after identification, they allowed us to go. We passed the second checkpoint which had mobile policemen and they also allowed us to pass.“At the third checkpoint, we wasted a little time but they allowed us to go after the policemen told them they were detectives on assignment.“Five minutes after we left that point, an army patrol vehicle started shooting at us. Our vehicle got hit, sommersaulted severally times and crashed.“When the bus stopped, all of us came out alive, except for bullet wounds. A bullet hit part of my scrotum.“When I ran to my uncle in Kano state, he called a doctor to treat the bullet wound that affected my private part.“It is possible, I cannot use it (manhood) again because of the damage and I have discovered that when I wake up in the morning these days, I no longer have erection.” The former fish seller was however grateful that he survived the incident as he witnessed the killing of 3 police officers and a civilian.  “Although, I did not ask soldiers to kill the policemen or anyone, I was happy when they rescued me. But I am happier now that the police have arrested me alive, instead of killing me. “I am not a kidnapper, but I supply arms to different gangs. I make enough money as a supplier of riffles. I know I have committed a crime selling guns, but I am willing to change for good" he said. Commenting on the suspected kidnapper's confession, a police source told The Nation that “Wadume is giving a lot of information, and most of his revelations are true. But as a criminal, some of his information are half-truth.”The post Ive lost my manhood, I cant make love again – Wadume appeared first on Linda Ikeji Blog.