Susan Okpe, the woman named as the index case of COVID-19 in Benue state, shared a video as she packed her things to leave the Abuja isolation centre after being "detained" for "58 days". All through her stay in the isolation centre, Mrs Susan Okpe insisted […]

In the latest update of the Covid-19 pandemic in the country, 284 new cases have been reported as of Wednesday evening, May 20th by the National Centre for Disease Control. In a new update on their Twitter page, the NCDC reports that there’s new cases […]

Members of COVID-19 Taskforce in Rumuigbo on Wednesday, intercepted a trailer loaded with building materials smuggling people into Rivers State. The interception was aided by the collective effort of NYCN, Ijaw Youths and residents of the area. Speaking at the scene, Chairman of Obio/Akpor Local Government Council, […] 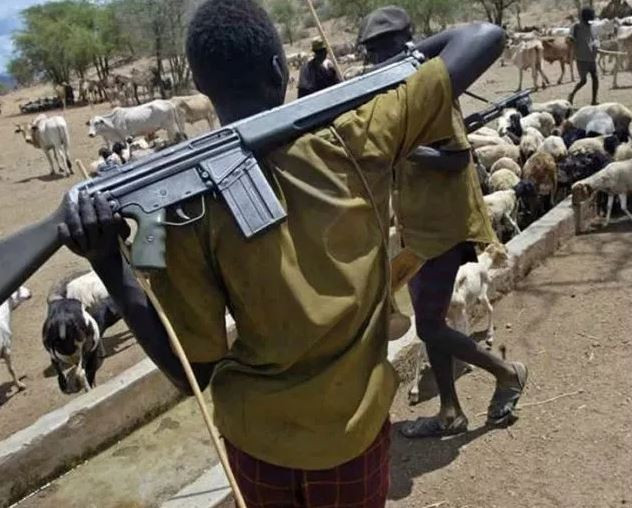 Chief Adebola Adetimehin, an Ifa Priest in Ijebu-Ode in Ogun State has threatened that the Ijebu would go spiritual to curb the invasion of their areas by suspected herdsmen, kidnappers and bandits.   Adetimehin, who is the Oluwo Ifa of Ijebuland, said he and other traditionalists in Ijebuland would no longer fold their arms, adding that the rising cases of killings and kidnapping have become unbearable in the Ijebu axis of Ogun State. According to Daily Post, the Oluwo Ifa charged all Ijebu indigenes to fortify themselves with charms to prevent being killed like chickens by herdsmen or bandits. He further said this does not negate any religious belief, adding “God is the creator of leaves and other things used in preparing local charms.”   The Ijebu leader expressed sadness that the entire area had been invaded by “Fulani herdsmen”, who he said have been making the area insecure.“We are no more secure in Ijebuland. Fulani herdsmen have invaded our land. There are villages where they have totally taken over. Even on our major roads, they put ‘cattle crossing’ symbols. What an insult!    “Look at the way kidnappers and bandits are operating on our highways too. This is becoming unacceptable. Time has come to make use of what we inherited from our forefathers to combat these killer herdsmen and kidnappers. We will make use of charms, Ijebu metaphysical powers,” he said.The post Ifa priest vows to attack killer herdsmen with charms in Ogun State appeared first on Linda Ikeji Blog.

However, Microsoft has more to offer Linux fans than empty words. Later in May, the company will give its Windows Subsystem for Linux a helpful boost with a handful of new features. These features include full system call compatibility, and the ability to run a […]

Susan Okpe, the woman named as the index case of COVID-19 in Benue state, shared a video as she packed her things to leave the Abuja isolation centre after being "detained" for "58 days". All through her stay in the isolation centre, Mrs Susan Okpe insisted […]