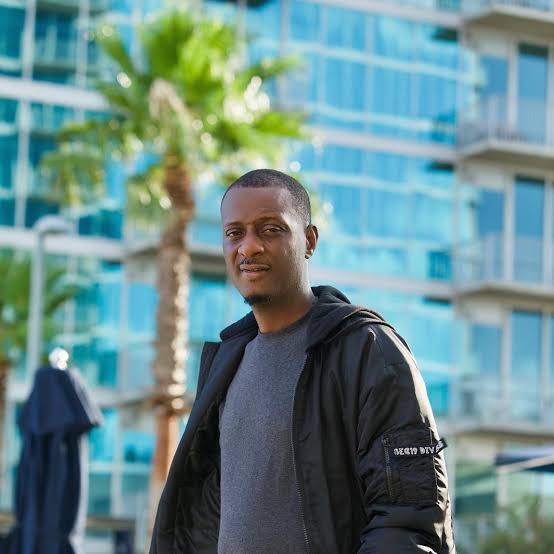 Music producer, ID Cabasa has sworn to deal with a police officer that harassed him over the week.

The veteran producer was a victim of police harassment during the week when he was dealt a dirty slap by a police officer. Cabasa had taken to his Instagram page to narrate what happen.

According to the producer, a man driving a Range Rover had almost hit the Uber he was in, and when they got down to settle the issue, some overzealous policemen in the area had slapped him before realising who he was.

In a chat with Sunday Scoop, Cabasa revealed that the policeman in question had been arrested and he would pursue the case to its logical conclusion to serve as a deterrent to others.

He said, “When the policeman slapped me, I intentionally didn’t retaliate. I just picked my phone and called other police officers that I knew.

At that point, people had gathered and were shouting at the policeman that didn’t he know my identity? His colleagues then started pleading with me on his behalf to forgive him. He also came to me personally to beg.

However, I told him I was not fighting for myself but for other people because if it were someone else that doesn’t have a voice, that is the same way the person would have been assaulted. Because of that, I am going to pursue the case to a logical conclusion. Eventually, the policemen that I called arrived and picked him up. They remanded him in their custody while I wrote a statement detailing what happened. I feel he needs to be punished, and I am also happy that the Uber driver was protected.”

Cabasa also stated that the incident wasn’t his first ugly experience with cops. Narrating similar incidents, he said, “The first time was around my area when a policeman stopped us and I asked him why. He then said why should I ask him such a question. I was lucky because that one too was about slapping me. Fortunately, two of his colleagues recognised me and they were able to step in. The second time, I was in a cab too when some policemen stopped us and started searching all my belongings. I identified myself with relevant documents but he didn’t believe. He just started harassing me calling me a ‘yahoo boy’. I then sent a message to a senior officer who then came and took the offending policeman away. That’s why when Ruggedman started the ‘End SARS’ campaign, I had to come out and talk because I knew what I have faced in the hands of police officers.”

Though many have said if Cabasa was an artiste, the policemen who have recognised him instantly and such ugly incidents wouldn’t have occurred, the beat maker didn’t quite agree. He added, “They know all these things; they just act like they don’t. They had stopped me and 9ice before and the policeman said he wasn’t interested in who we were. That’s why I said this country needs people that are emotionally stable as policemen. There are good ones among them, but the bad ones have overshadowed them.”

The post I’ll Make Sure Policeman Who Slapped Me Is Punished – ID Cabasa Tells Sunday Scoop appeared first on .