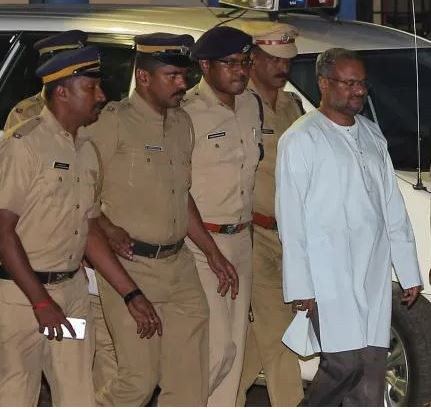 A Nigerian man identified as Chukwa Onwumere Zef, along with a Sri Lankan citizen have been arrested and detained by the Kancheepuram district police near Mamallapuram on charges of staying illegally in India.   The two men were caught during a door-to-door inspection ahead of the informal meeting of Prime Minister Narendra Modi and Chinese president Xi Jinping scheduled to take place in the coastal town from October 11 to 13.   While the travel documents of the Nigerian had expired, the Lankan national was found to have entered the country illegally a decade ago. The Nigerian was staying in the house of Nagamuthu in Venpurusham, a village near Mamallapuram.   “Both his passport and visa have expired but he hasn’t applied for extension,” said a police officer. The Mamallapuram police registered a case and detained him. Inquiries revealed that Raja Nayagam, 41, a native of Killinochi in Sri Lanka  had entered India illegally in 2009 and was working as a painter. He was staying at the house of Balakrishnan, police said.   Kancheepuram district police said the house owners will be interrogated about housing foreign nationals in their premises without checking for relevant documents. The intensive checks will continue in the coming days, a senior police officer said. The two detained on Friday, September 20th were booked under Section 12 of The Passports Act and section 14 of the Foreigners Act.The post Indian police arrest Nigerian man, ChukaOnwumere for staying illegally in the country appeared first on Linda Ikeji Blog.

Nollywood Actress, Mercy Okojie is one actress recently celebrated her kids as she shared adorable photos of them. Mercy and her husband, Prince Odianose Okojie, welcomed a bouncing baby girl to their family unit earlier in May to make them proud parents of 4 and […]