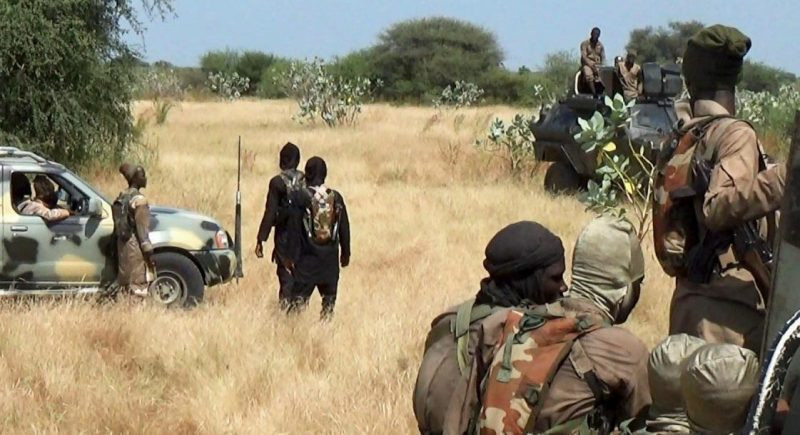 Gunmen believed to be members of the Islamic State West Africa Province (ISWAP) killed 11 casual workers of a telecom firm in Borno state yesterday Tuesday August 27th. Confirming the incident, members of the state civilian Joint Task Force and some residents, told newsmen that the sect members stormed the place where the workers were laying telecoms fibre optic cables in Wajirko village, 150 kilometres (93 miles) outside Borno state capital Maiduguri and opened fire on them. “The insurgents came in the morning and opened fire on the workers, killing 11 and injuring many. The attackers had warned the labourers to stop working on laying the cables but they ignored the warning because they needed money to feed their families,”  a Borno militia leader, Mustapha Karimbe, said According to a resident, Buka Maduye, the sect members had come to their community on three different occasions to warn the men to stop laying the telecoms fibres which the group saw as a threat.  “Our people are starving and the laying of the cables provides some of us a good source of income which was why we ignored the warning,” said Maduye The Nigerian military is yet to confirm this recent attack. The post ISWAP members kill 11 telecom workers laying optic cables in Borno appeared first on Linda Ikeji Blog.

Summer Help for Single Moms in One Word

A single mom’s summer looks a lot different than other moms’ summers, doesn’t it? Married moms talk about enjoying the downtime, traveling, spending as much time in the pool as possible, and sleeping in, but for single moms, summer can be a time of added […]

Scott Disick and Sofia Richie have split up after nearly three years together, it's claimed. Scott Disick, 37, and Sofia Richie, 21, began dating in 2017, two years after Scott and Kourtney Kardashian split. Though Scott split from Kourtney in 2015, he remained in her life since […]