Here's everything that's new in the Windows 10 May update

Windows Latest writes that the May update, which was supposed to roll out on May 12 but got delayed due to a zero-day vulnerability, will start rolling out between May 26 – 28. Let’s hope it doesn’t cause the kind of issues we’re used to […]

Upcoming Nollywood actress, Fessy Okafor in a video has talked about her vagina and how she has the right to choose who she gives it to or not. The actress, in a new video, According to the actress, her vagina is her birthright and nobody […] 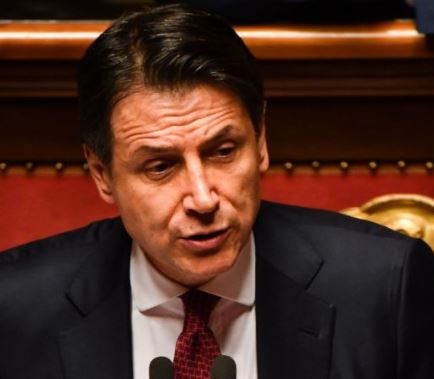 Italy's Prime Minister Giuseppe Conte has said he will offer his resignation following a blistering attack on coalition partner, Matteo Salvini. Conte said Salvini had been "irresponsible" in creating a new political crisis for Italy for "personal and party interests". Salvini, the leader of the nationalist League party, had tabled a no-confidence motion against Mr Conte. He also said he could no longer work with his coalition partners Five Star.   The League and the anti-establishment Five Star Movement formed a coalition to govern just 14 months ago with Conte as an independent as prime minister. Addressing the Senate on Tuesday, August 20th, Conte said the League leader, who was sitting beside him, had been "looking for a pretext to return to the polls" since his party's success in European elections in May.  In those elections, the League came top with 34% of the votes in Italy, whereas Five Star got about 17%. Conte also warned that Mr Salvini had undermined the function of the government, "which stops here. I take this opportunity to announce that I will present my resignation as head of government to the president of the republic," he said. The post Italian Prime Minister, Giuseppe Conte resignsamid growing political tensions in the country appeared first on Linda Ikeji Blog.

Tiwa Savage Reveals What To Expect In Her Next Music Video

Nigerian singer, songwriter and actress, Tiwa Savage has said she might  shock her audience with the unexpected in her next music video. Tiwa who was speaking to the BBC as part of promoting her next album titled ‘Celia’ made the shocking revelation when asked about […]

Pastor David Ibiyeomi, the senior pastor of Salvation Ministries, in Port Harcourt, Nigeria, has said there is no Coronavirus in Nigeria. He said malaria kills more people, yet no one closed the border because of malaria. He referenced DAAR Communications founder, Raymond Dokpesi who said he was […]

Here's everything that's new in the Windows 10 May update

Windows Latest writes that the May update, which was supposed to roll out on May 12 but got delayed due to a zero-day vulnerability, will start rolling out between May 26 – 28. Let’s hope it doesn’t cause the kind of issues we’re used to […]