Bobrisky has the most confused set of fans we’ve ever seen. One minute, they are pretending to like him, the next minute they are throwing insults at him. The crossdresser shared a screenshot of a conversation she had with a fan who slid into her […] 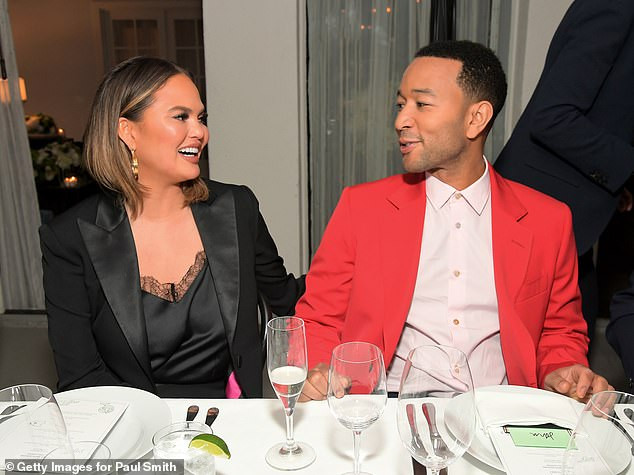 Celebrity couple John Legend and Chrissy Teigen have revealed who their preferred choice of candidate is. John Legend and his wife Chrissy are known critics of US president and have been involved in multiple spats with him in the past, but on Monday they took it a step further by not just revealing their distaste for the president and his policies, but also suggestng he serves jail time. Revealing their political stance in the December edition of Vanity Fair magazine, singer, Legend, 40, said he supports Massachussets senator, Elizabeth Warren, while his wife, before suggesting the Trump first family deserves jailtime, said she was torn between Kamala Harris and Elizabeth Warren. 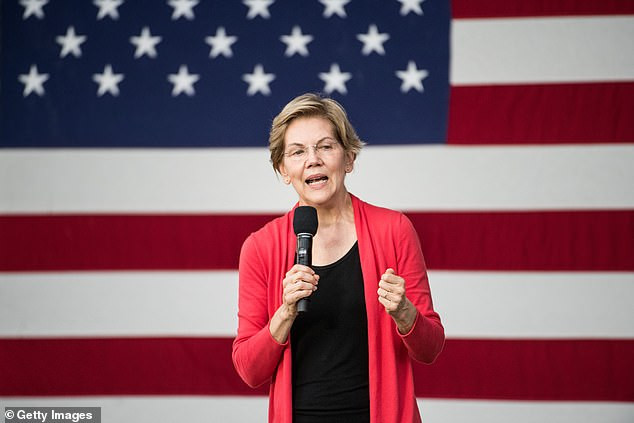 Asked who they're supporting in the 2020 White House race, Legend said to his wife, in the Vanity Fair interview Monday: 'Do we want to say?' 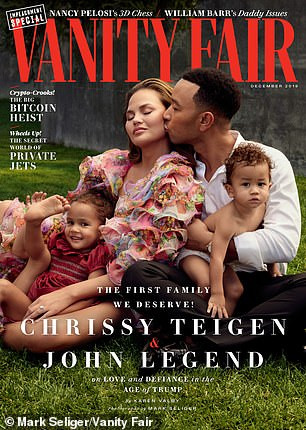 'My favorite—I’m going to say it, we’ll break news today—is Elizabeth Warren,' Legend admitted. 'She’s the best candidate running today and she comes at it with joy and with sincerity and with a wealth of knowledge and experience.''I love Elizabeth Warren. I also love Kamala Harris,' Teigen, 33, interjected.But Legend has revealed he doesn't believe other men would vote for a woman to run the country, no matter what. 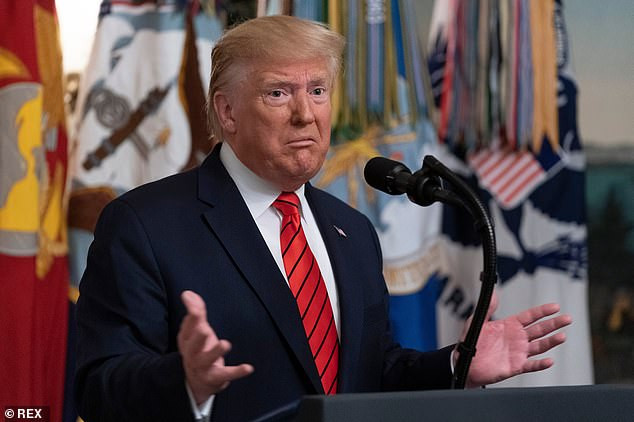 'Honestly, I don’t comprehend why guys hate women so much sometimes,' Legend told the magazine. 'You see someone as transparently competent and eloquent and on fire as Elizabeth Warren and then you hear some guys just are not into voting for a woman. Why do guys feel so threatened by the idea of a woman president?'In the Vanity magazine profile, Teigen whispered jokingly: 'Our menses. Because there’s 10 days a month where we’re just going to war.'  Legend warned that Trump's celebrity connections and presidential powers used in granting clemency to prisoners through the recently passed Criminal reforms shouldn't overshadow the harm he's causing while his wife stated that Trump and his family should be jailed. 'It’s a cheap win for [Trump],' Legend continued. 'But the people being granted clemency are real people with families. So even if the clemency is won through his celebrity-whore tendencies, it’s still helpful for that family and that person. At the same time, he’s locking kids in cages and he’s a terrible human being….'Teigen added;'I think there needs to be jail time for him, for the whole family,'. 'I feel like he still gets away with everything if he gets out of his office. I know that his first tweet after he’s impeached will be, "I didn’t want to be there anyway".' The post John Legend and Chrissy Teigen endorse Elizabeth Warren for presidency and insist there ‘needs to be jail time’ for Trump and his whole family appeared first on Linda Ikeji Blog.