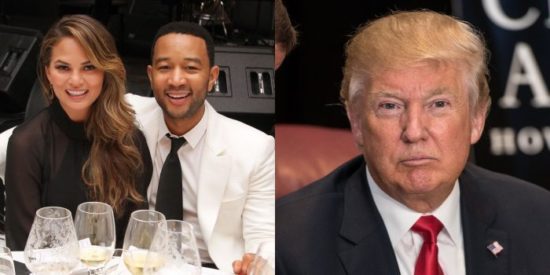 Trump, in series of tweets said people who never contributed to the Criminal Justice Reform, were now taking the glory.

He said Legend and his wife were now talking about how great the reform was and lashed out at them for contributing nothing.

“When all of the people pushing so hard for Criminal Justice Reform were unable to come even close to getting it done, they came to me as a group and asked for my help. I got it done with a group of Senators & others who would never have gone for it. Obama couldn’t come close.

“A man named Van Jones, 68, and many others, were profusely grateful (at that time!). I SIGNED IT INTO LAW, no one else did, & Republicans deserve much credit. But now that it is passed, people that had virtually nothing to do with it are taking the praise. Guys like boring.

“Musician, John Legend and his filthy mouthed wife, are talking now about how great it is – but I didn’t see them around when we needed help getting it passed. “Anchor”

‘@LesterHoltNBC doesn’t even bring up the subject of President Trump or the Republicans when talking about the importance or passage of Criminal Justice Reform. They only talk about the minor players, or people that had nothing to do with it…And the people that so desperately sought my help when everyone else had failed, all they talk about now is Impeaching President Trump!”

The post John Legend’s wife has a filthy mouth – Trump appeared first on .