”He is way ahead of his generation” – Davido praises Rema.

Popular Nigerian singer, Davido has praised MAVIN prodigy, Rema. According to the DMW Boss, Rema is “way ahead” of his generation. Davido made this remark about Rema on Monday, June 1, 2020 after he came across a tweet Rema made in reaction to the recent […]

Hollywood power couple Kanye West and Kim Kardashian West have reportedly threatenedtheir former bodyguard Steve Stanulis with a 'cease and desist' letter, saying they will sue him if he continues making statements about the couple in the media.The West's 'cease and desist letter' as reported by […]

Nigeria’s leading Laundry care Manufacturer, Henkel donated cartons of Nittol antibacterial detergent to frontline health care workers in Lagos State as part of its support to Government led-efforts in curbing the spread of the COVID-19 pandemic in the most populous city in Africa. The donation, […] 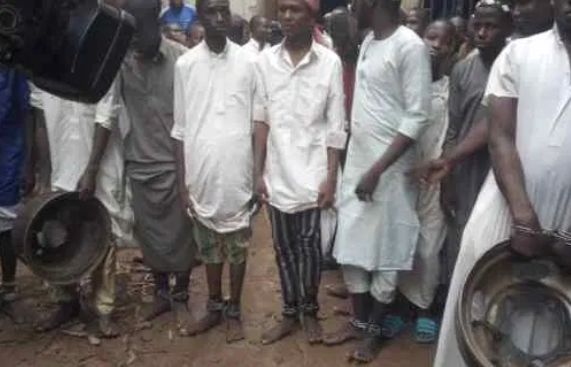 The Kaduna State Police on Thursday, September 26th raided a home, where they discovered 300 persons chained together in Rigasa, Igabi Local Government Area of the state.  The policemen said they unchained the 300 people, including children.     The Police said the victims were from Burkina Faso, Mali and other African countries. The Police said the children had confessed to being sexually abused. The adults reportedly said they were subjected to daily recitation of the Holy Quran and prayers, allegedly accompanied with torture.  With chains on their legs and scars of injuries from suspected torture, the victims reportedly said their rescue, on Thursday, amount to “liberation from slavery.” 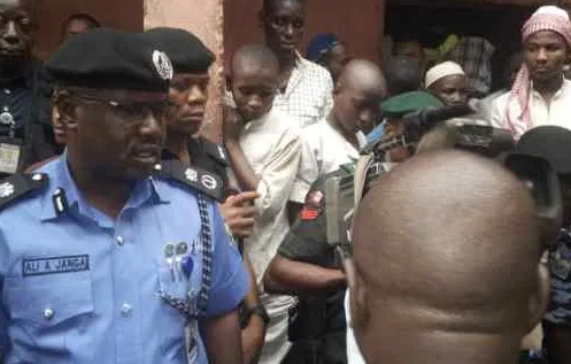 One of the victims who identified himself as Bello Hamza, 42, alleged that he was “tricked to the centre” by his family who wanted to take over his share of their common inheritance.“I have spent three months here with chains on my legs. I’m supposed to be pursuing my Master’s in University Pretoria, South Africa. I got admission to study Applied Mathematics, but here I am, chained.    “They claim to be teaching us Quran and Islam, but they do a lot of things here. They subject the younger ones to homosexuality. This is supposed to be an Islamic centre, but trying to run away from here attracts severe punishment. 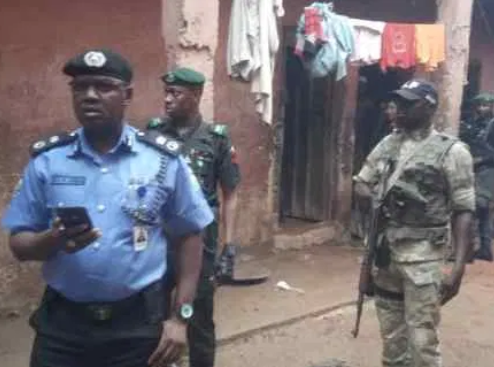 They tie people and hang them to the ceiling for that, but engaging in homosexuality attracts no punishment. Within my short stay here, somebody had died as a result of torture.  “Others have died before my coming due to poor health and torture. They give us very poor food and we only eat twice a day — 11:00am and 10:00pm. They have denied me a lot of things here. I am a family man, I have responsibilities, but I am chained here, not knowing what is happening to my family members,” he said. The Kaduna State Commissioner for Police, Ali Janga, has since  confirmed the incident and said investigations has commenced.The post Kaduna State police rescue 300 chained persons from alleged Islamic centre (Photos) appeared first on Linda Ikeji Blog.

”He is way ahead of his generation” – Davido praises Rema.

Popular Nigerian singer, Davido has praised MAVIN prodigy, Rema. According to the DMW Boss, Rema is “way ahead” of his generation. Davido made this remark about Rema on Monday, June 1, 2020 after he came across a tweet Rema made in reaction to the recent […]