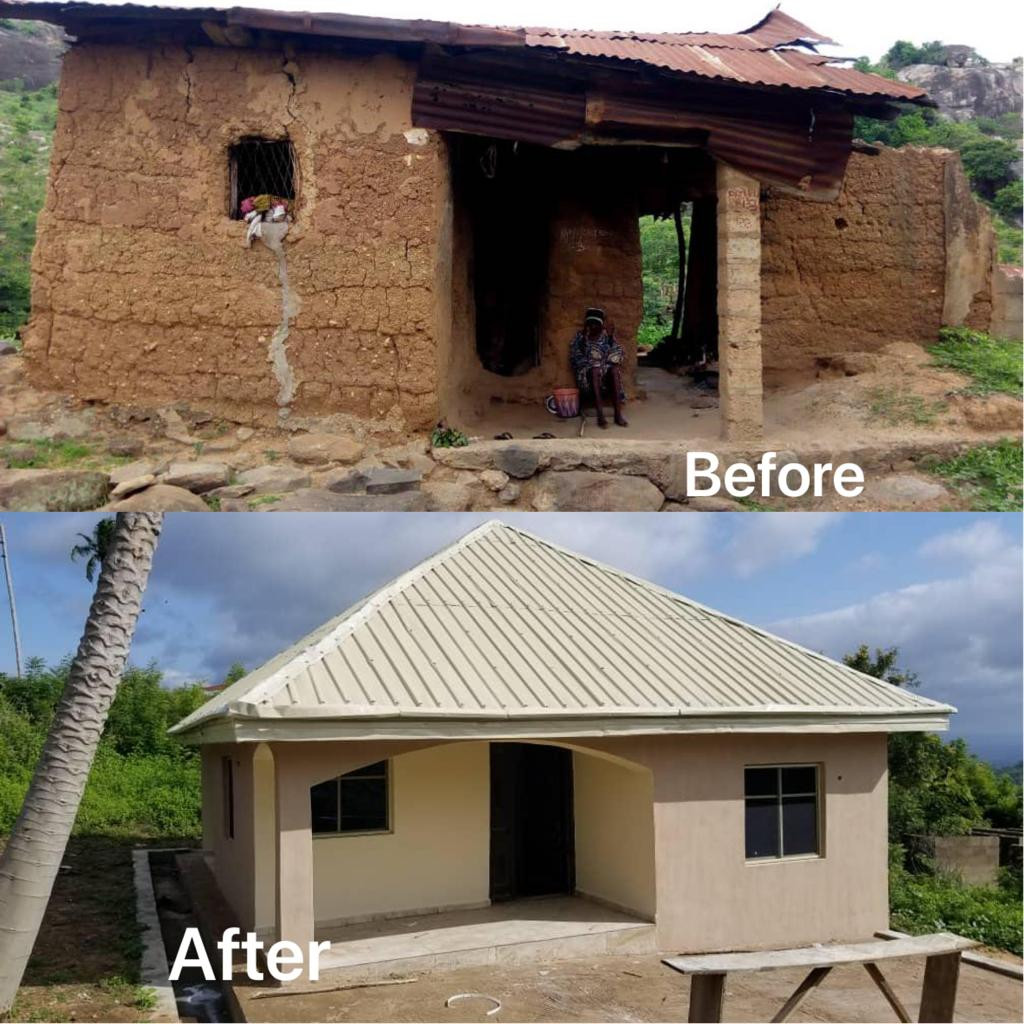 Recall that the wife of Kogi state Governor, Mrs Rashida yahaya Bello recently gave 1MILLION to an artiste for painting her Potrait,  this time around, an aged woman  has found Favour in the eyes of the state mother as she replaces a dilapidated structure where she was living , thereby Re-building it within few months.The woman whose name is  Hauwawu is said to come  from Awawu onujabi ayivonyi ipaku Eba adavi L.G.A of Kogi state, though there are no much information about her regarding her family as she lives alone in an isolated place.We gathered that, the Governor’s wife ran into Hauwawu during her Door to Door campaign of President Muhammed Buhari second term Re-election bid. 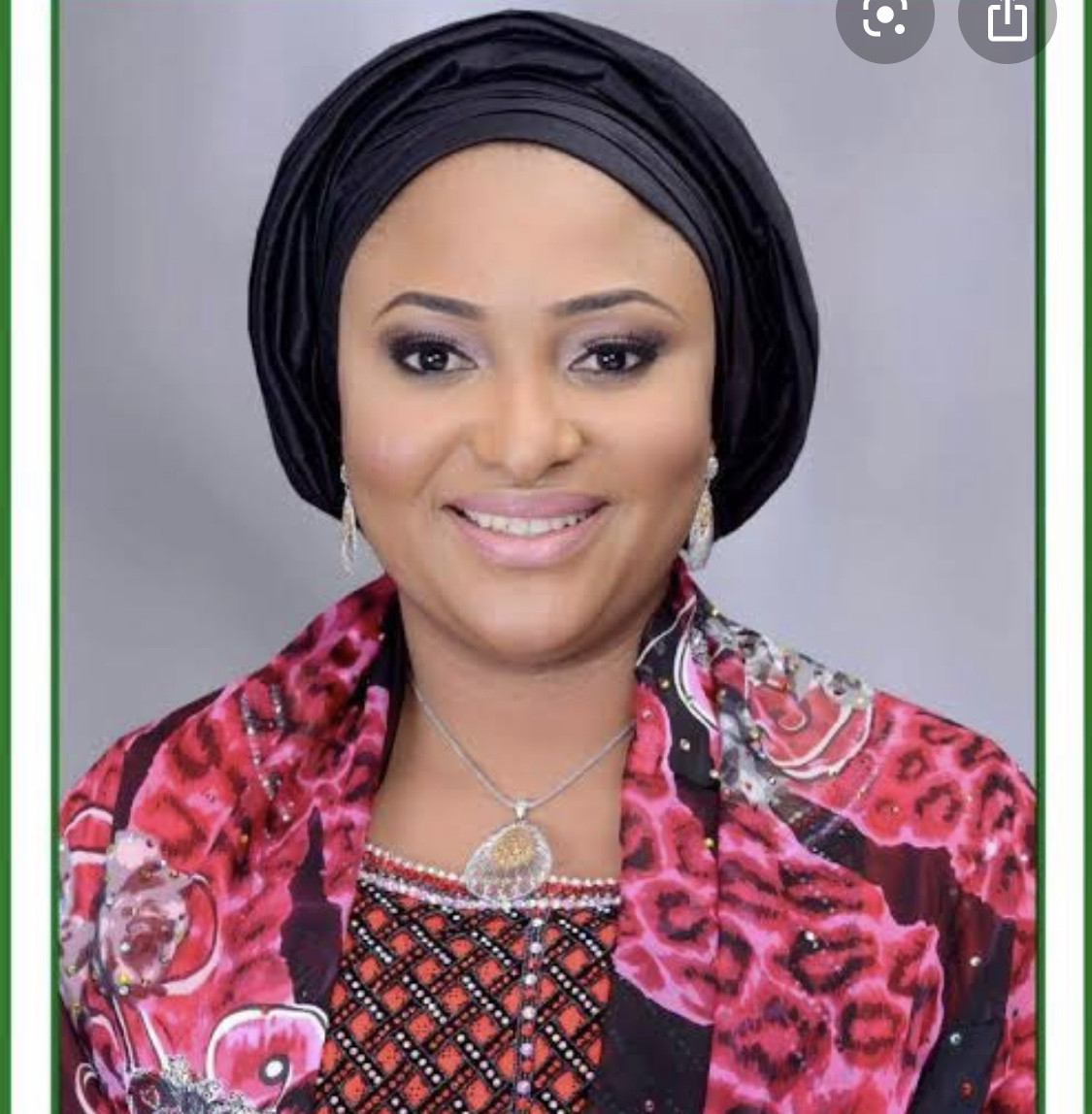 According to the posts on her verified Instagram handle, @rashidayahayabello said ,she broke into tears on seeing the very aged woman in such pitiable condition as she barely had a roof over her head, so she decided to provide shelter to make life more comfortable for her as long as God desires, and regardless of where she come from as she believes Is never too late to be Blessed.However, the new house has been commissioned and Mama is living happily. Meanwhile, mama has expressed her joy and heartfelt appreciation as she prayed for her Excellency.In concluding remark, HE Mrs Bello, has shown appreciation to God for using her to touch mama who represents millions of indigent and vulnerable elderly people in the state“ i can’t contain my joy, I am very happy and fulfilled over Promise Kept”, she further stressed….See photos.. 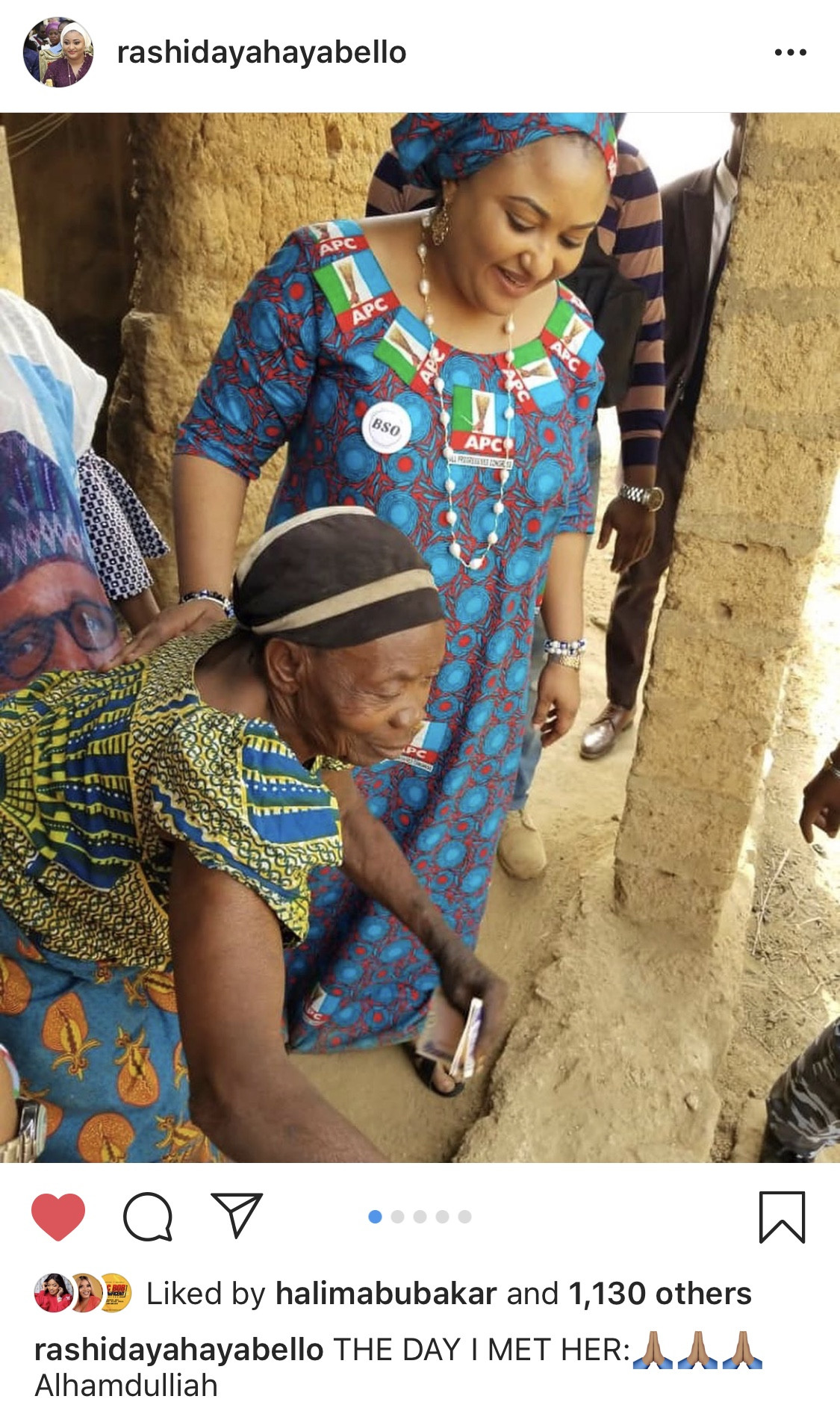 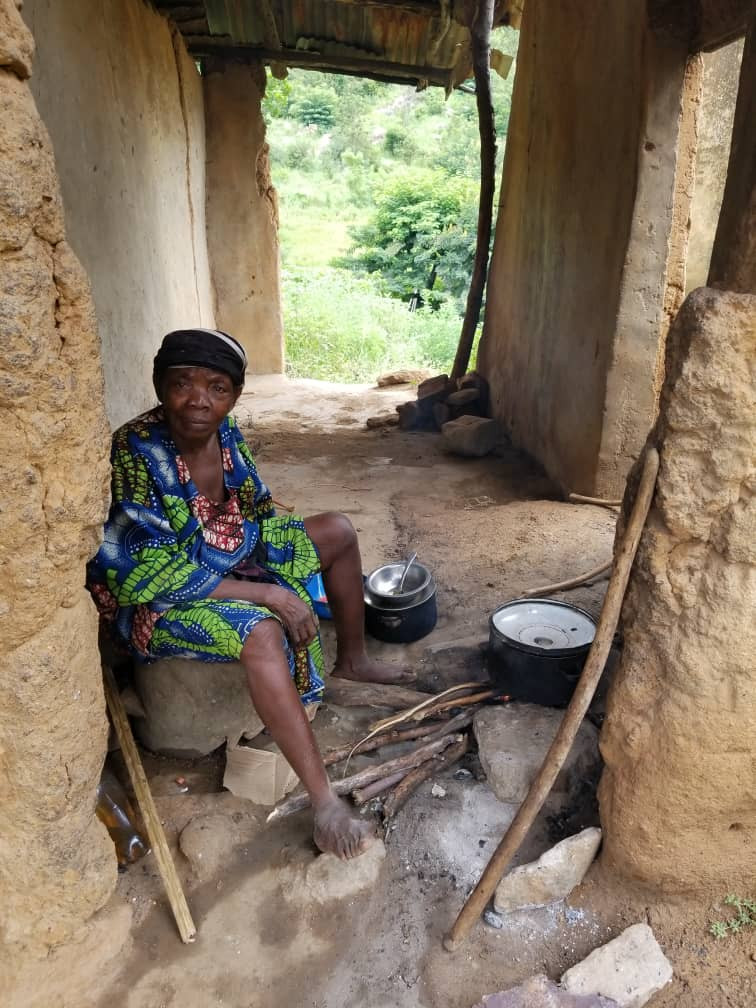 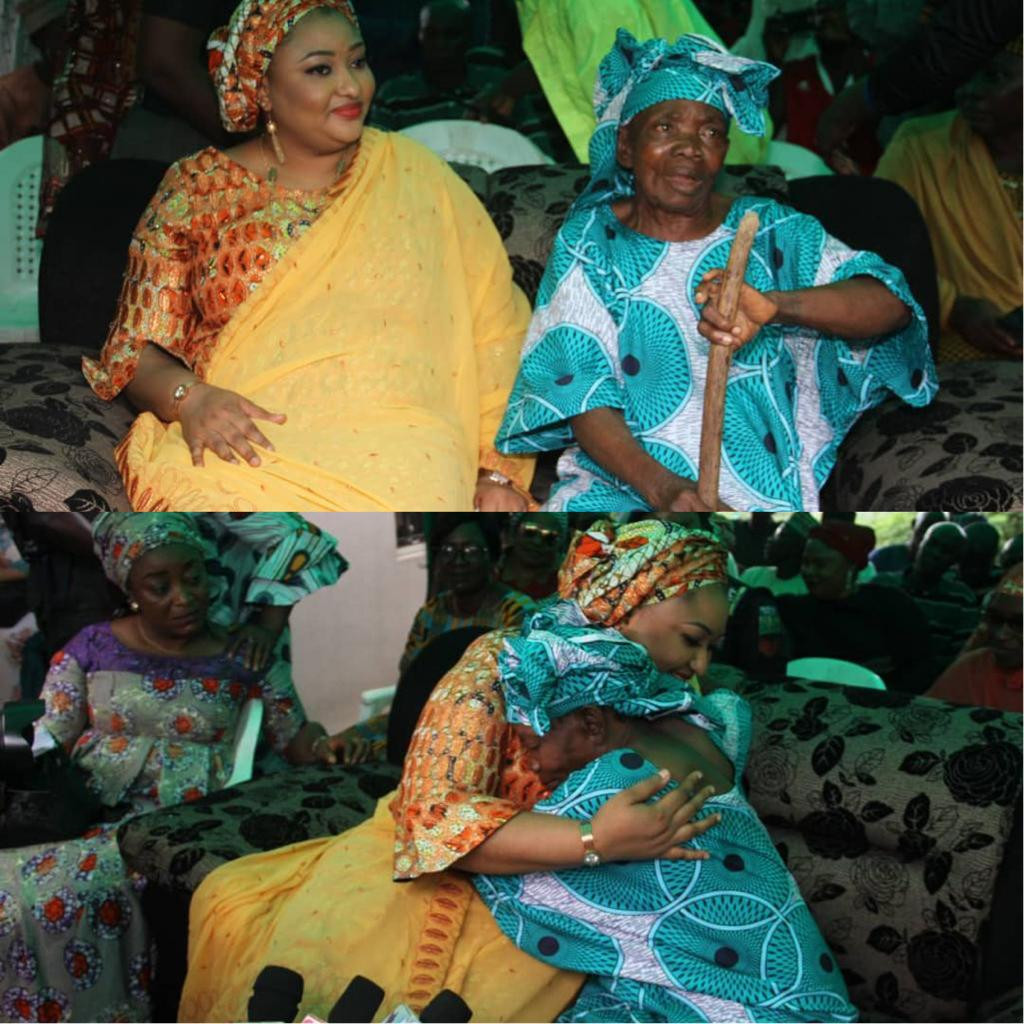 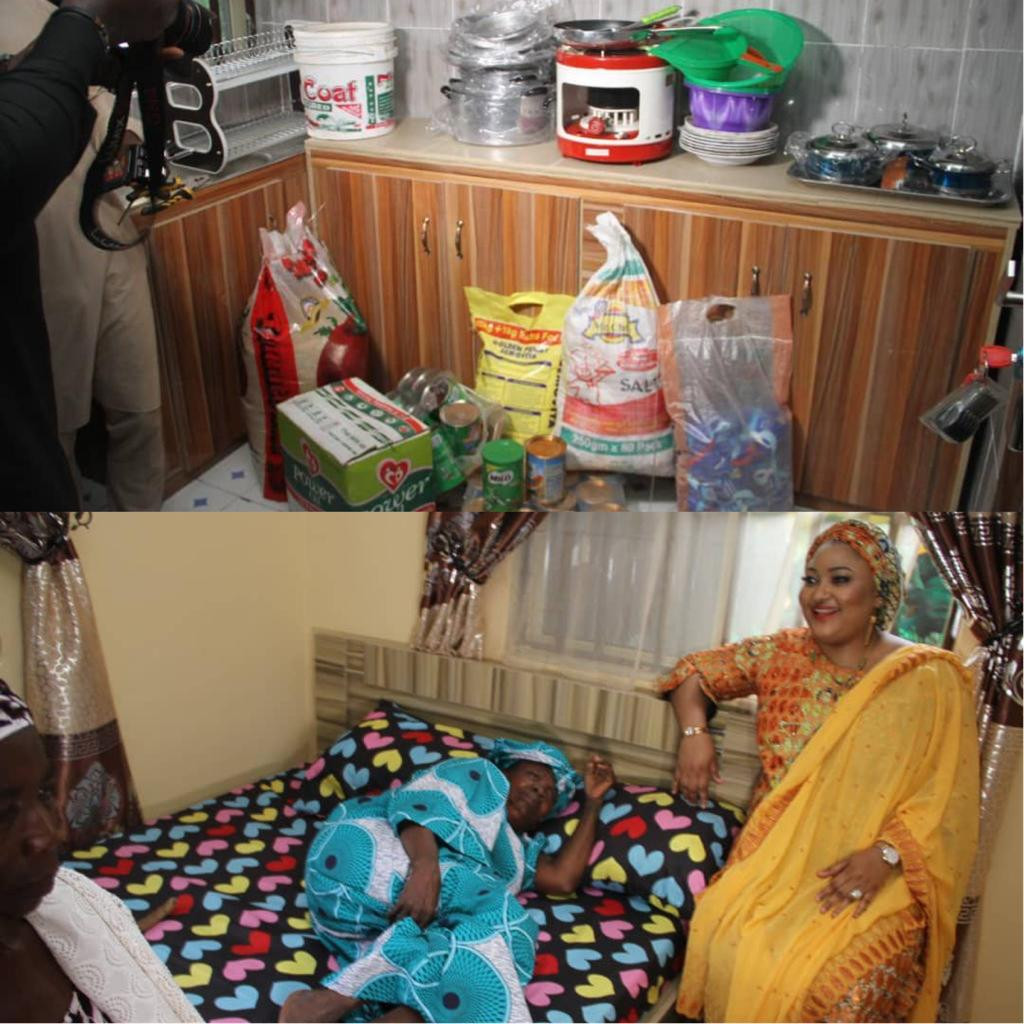 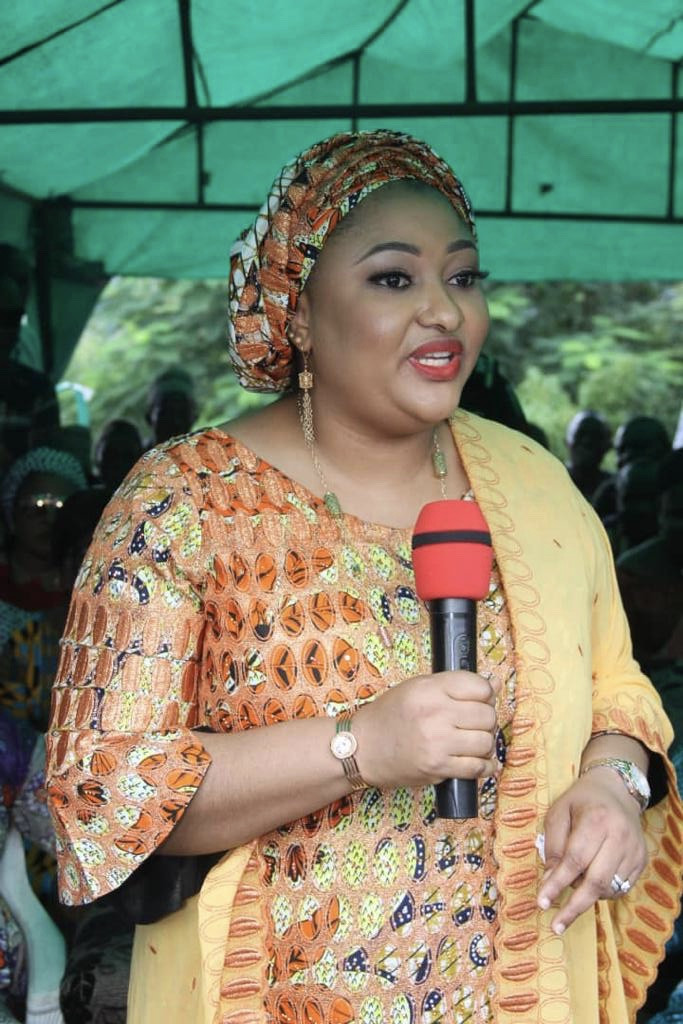 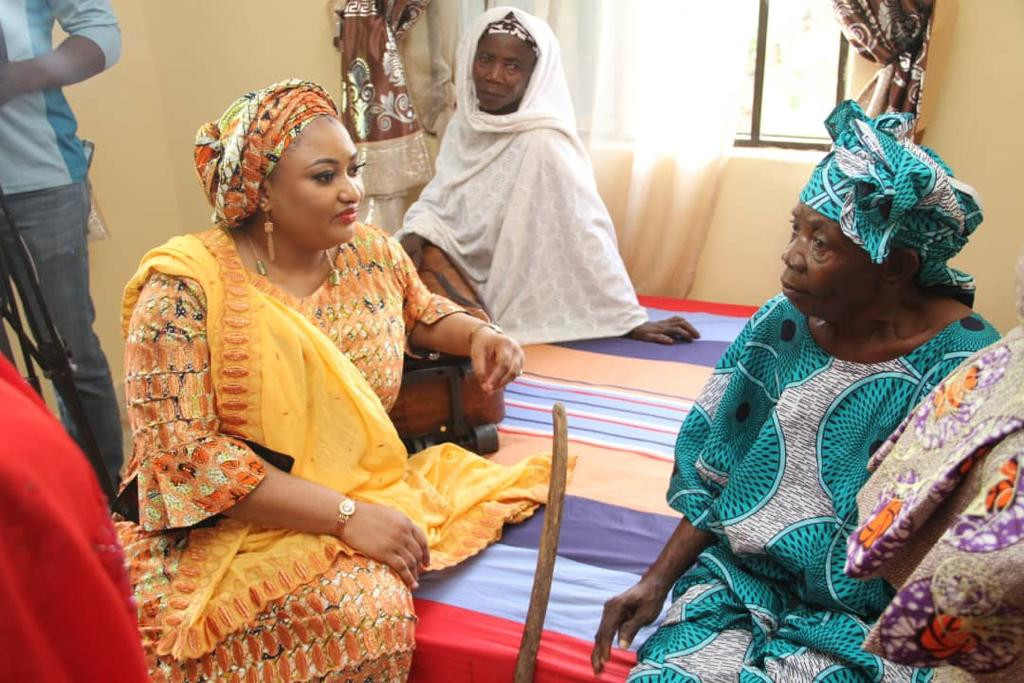