“She Has A Boyfriend” – Femi Otedola Tells Man Wooing His Daughter

The conversation between Femi Otedola and a Nigerian man who tried to woo his daughter on social media. Femi Otedola responded to the man on Instagram after he left a comment to tell him he’s interested in his daughter, Temi Otedola. “Sir, hear me out, […]

Razer has announced its biggest mouse pad to date with the Gigantus V2, which could potentially turn your entire desk into one soft textured micro-weave cloth surface. The company says its thick high-density rubber foam remains uniformly flat to cushion wrists and provide fluid, consistent […]

A landlord in the Ofankor area of Ghana has reportedly been arrested for allegedly shooting his tenant who refused to vacate his house after he ordered him to. A Facebook user, Blessing Naana Ansah-Senkyire took to her page to share photos of the arrested suspect […] 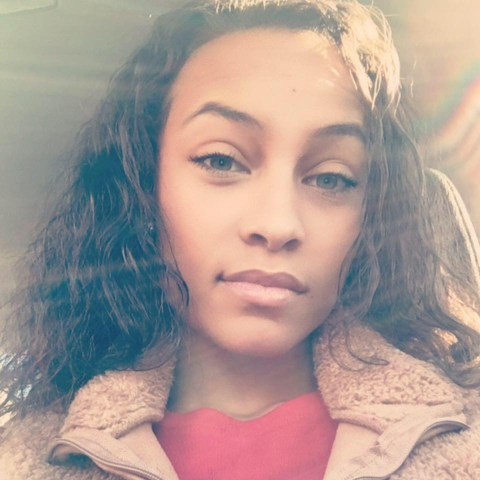 A 23 year old lady, Chastity Patterson, was left in shock after she received a text from her late father's phone after she continuosly messaged him for four years. 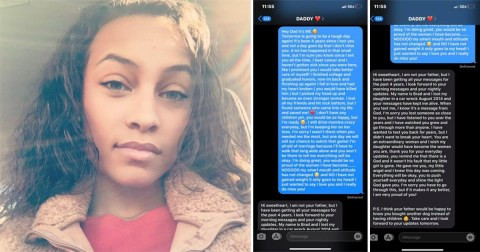 Chastity sent her late father, Jason Ligons' phone text message updates on her life as a way to keep his memory alive, and last week, a night before the fourth anniversary of his death texted his number saying: ‘Hey Dad, it’s ME. Tomorrow is going to be a tough day again!’

To Chastity's shock and surprise, a  man named Brad responded, revealing that he lost his own daughter in 2014 and that her texts have kept him going.After reading his text, Chastity said in a Facebook post that his reply shows her father is at peace. Brad’s message read: ‘Hi sweetheart, I am not your father, but I have been getting all your messages for the past four years. ‘I look forward to your morning messages and your nightly updates.  ‘My name is Brad and I lost my daughter in a car wreck August 2014 and your messages kept me alive. ‘When you text me, I know it’s a message from God. ‘I’m sorry you lost someone so close to you, but I have listened to you over the years and I have watched you grow and go through more than anyone. ‘I have wanted to text you back for years, but I didn’t want to break your heart.’  He added: ‘You are an extraordinary woman and I wish my daughter would have become the woman you are, thank you for your everyday updates, you remind me that there is a God and it wasn’t his fault that my little girl is gone.’The post Lady who texted dead dads phone for four years non-stop gets shocking text message response appeared first on Linda Ikeji Blog.

Amara Kanu, the wife of Super Eagles and Arsenal legend, Kanu Nwankwo, clocked 34 today, and her husband took to Instagram to celebrate the fitness enthusiast on her special day. Sharing stunning photos of his wife including images of them posing together at several events, […]

“She Has A Boyfriend” – Femi Otedola Tells Man Wooing His Daughter

The conversation between Femi Otedola and a Nigerian man who tried to woo his daughter on social media. Femi Otedola responded to the man on Instagram after he left a comment to tell him he’s interested in his daughter, Temi Otedola. “Sir, hear me out, […]