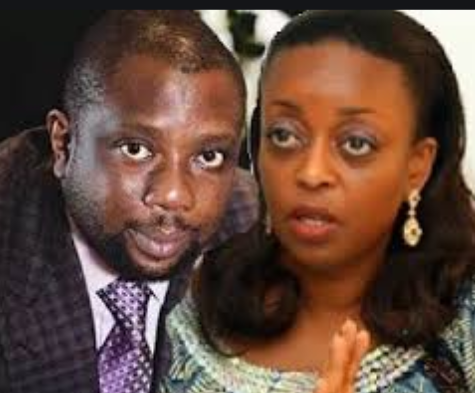 Justice Mohammed Liman of the Federal High Court sitting in Ikoyi, Lagos, on Tuesday, October 22nd ordered the temporary forfeiture of some landed properties valued at N6.42bn belonging to Kola Aluko, a close associate of former Minister of Petroleum Recources, Diezani Allison-Madueke.   Justice Liman gave the order following an application filed by the EFCC, through its counsel, Rotimi Oyedepo.  The properties, according to the affidavit deposed to by Sambo Mayana, an operative of the EFCC,  are located on Plots 3389 and 3390, House 2, Margaret Thatcher Close, Asokoro Cadastral Zone, Abuja as well as Avenue Towers, Plot 1391, Tiamiyu Savage Street, Victoria Island, Lagos.   The applicant averred that Plots 3389 and  3390 in Abuja were allegedly purchased for N350m and $18m respectively, while the Lagos property was bought for $55m.  Moving the application today, Oyedepo, told the court that “The properties sought to be attached are reasonably suspected to be proceeds of an unlawful diversion from the Federal Government of Nigeria.“The respondent’s known and provable lawful income is far less than the properties sought to be forfeited to the Federal Government of Nigeria,” he stated.The applicant, in the affidavit, further stated that the investigation leading to the identification of the properties commenced following receipt of intelligence  reports and a petition from Debo Adeniran, the then  Executive  Chairman, Coalition Against Corrupt Leaders, alleging “fraud, lack of transparency and unethical conduct in the transfer of production rights in the oil mining leases against the respondent and his cronies.”   It was further alleged that there were suspicious financial transactions involving the first respondent, KAA and Atlantic Energy Holding Limited based in the British Virgin Island. The company, in the course of three years, allegedly received large suspicious transfers from two sister companies, namely: Atlantic Energy Drilling Concept Limited and Atlantic Energy Brass Development Limited, based in Nigeria.”   The Judge, in granting the application, directed the EFCC to publish the interim forfeiture order in a national newspaper and adjourned till November 12 for the respondent or anyone interested in the properties to appear before him to show cause, why the properties should not be permanently forfeited to the Federal Government.The post Lagos court orders temporary forfeiture of threeproperties belonging to Kola Aluko worth N6.42billon appeared first on Linda Ikeji Blog.