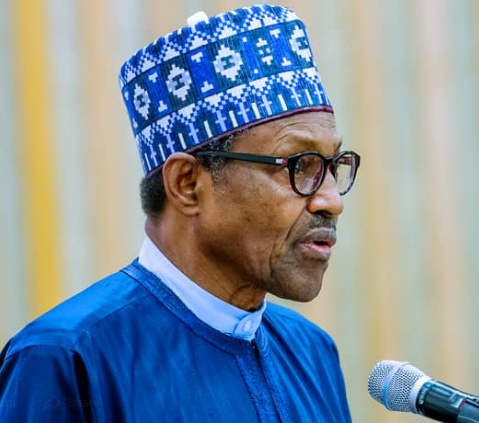 President Buhari while in New York gave some insights into the severe climate challenges confronting the country. At a meeting with Nigerian Youths Climate Group shortly before his departure for Abuja at the conclusion of his engagements on the sidelines of the 74th Session of the United Nations General Assembly (UNGA74), the President said:“Nigeria is a neighbour to the Sahara Desert; Lake Chad is shrinking, while population is exploding. It’s a challenging situation. With less land, less rainfall, these are very unique problems for the country.”President Buhari lauded the youths for representing Nigeria at UNGA as Climate Change Champions, adding, “It is good you are participating so that you can appreciate the problems older people are having.” According to Esther Agbarakwe, one of the leaders of the youth group, “This is the first time we are seeing a President sit with us. It gives us hope. We young people understand the problems, and are in the vanguard of advocacy. The United Nations Development Programme (UNDP) Climate Change Department works with us for solutions.” She also commended the support the group is receiving from the UN Deputy Secretary-General, Amina Mohammed and the Ministry of Environment, stressing, “We are in it together.” On his part, Hamzat Lawal, also one of the leaders of the group, thanked President Buhari for signing the Not Too Young to Run Bill into law. According to him, “We seek solutions to problems in the Sahel region. If we provide solutions to the Sahel, the world will be at peace. You have announced planting of 25 million tress and we youths plan to match it.”The post Lake Chad is shrinking, while our population is exploding – President Buhari explains why Nigeria is facing severe climate problems appeared first on Linda Ikeji Blog.