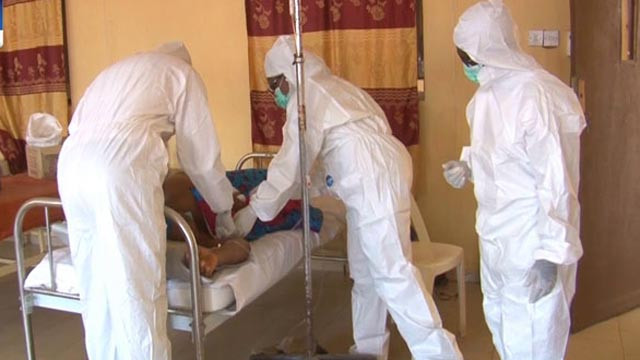 At least one person has died in a fresh outbreak of the deadly viral disease, Lassa Fever. A statement released by the state Commissioner for Health and Human Service, Sunday Ongbabo, said that a combined surveillance team had already visited the area to prevent an outbreak. “This is to alert members of the public that there is outbreak of viral haemorrhagic fever (Lassa) in the neighbouring states of Nasarawa, Taraba and Plateau. So far, 60 confirmed cases, with 16 deaths, have been recorded nationally. Benue has confirmed one index case with one death. The combined surveillance team has already visited to comb the area for tracing.”Lassa virus is transmitted to humans via contact with food or household items contaminated with rodent urine or faeces. Symptoms include fever, general weakness, malaise, headache, sore throat, muscle pain, chest pain, nausea, vomiting, diarrhoea, cough, and abdominal pain. In severe cases facial swelling, fluid in the lung cavity, bleeding from the mouth, nose, vagina or gastrointestinal tract and low blood pressure may develop.The post Lassa Fever Kills One In Benue appeared first on Linda Ikeji Blog.