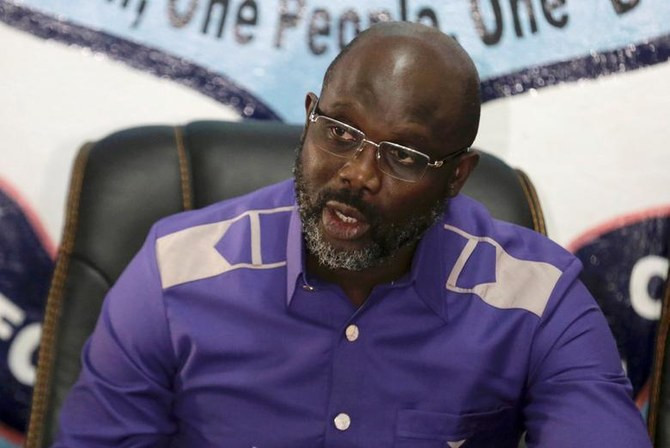 A radio station in Liberia, Roots FM was shut down by the country's government for criticizing President George Weah on Thursday October 10.  The radio station owned by Henry Costa who is one of the leaders of a group that organized a large anti-government street protest that paralyzed several areas of the seaside capital Monrovia on June 17, was accused of inciting violence.  AFP reported that the armed police riot unit which ringed the radio station building on Thursday morning, making it impossible for workers to move in and out also fired teargas on fans of the radio station.  “It is indeed a very sad day, but I can assure you that we will never be silenced,” Costa told AFP in a telephone interview. Commenting on security operatives taking over the radio station, Liberia's solicitor-general Cyrinus Cephus said those running it (radio station) were blackmailing people and instigating violence. “They have begun criminal acts of extortion and blackmail. They use their media to spread inflammatory messages against Liberian citizens, and engage in incitement.“Beginning today there will be no public demonstration that is not … sanctioned by the government of Liberia,” Cyrinus Cephus told a press conference.The post Liberia shuts down radio station for criticizing President George Weah appeared first on Linda Ikeji Blog.