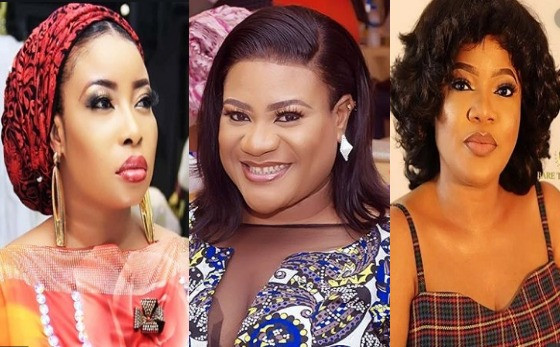 Nkechi Blessing Sunday has denied online reports that she is snitching on her best friend, Toyin Abraham. A certain Facebook user, Rita Egwu, yesterday September 21st, shared a story online claiming Toyin and one of her bestfriends are currently at loggerheads after she found out the bestfriend was the one telling her arch enemy, Lizzy Anjorin, her personal stories. Although Rita did not mention any name, many people deduced she was referring to Nkechi who threw a party for Toyin after she welcomed her son. See the post below. 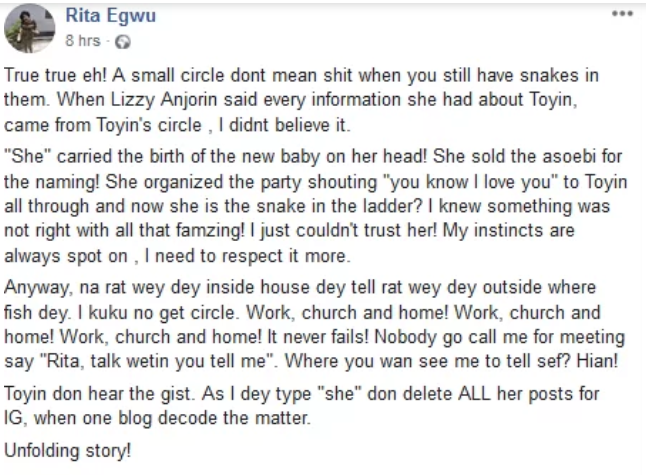 Recall that the war of words between Toyin and Liz took a different turn recently when Liz claimed that someone in Toyin's camp was feeding her with information. Liz in a video shared, claimed the informant told her Toyin recently slapped her mother in-law. The Facebook user's post made some people believe Nkechi was the supposed informant. Disturbed by the allegation, Nkechi took to her Instastories this morning to react to the claim. According to her, Liz has made many allegations against Toyin without any proof. Refuting claims of being Liz's informant, Nkechi stated that she doesn't role with rich pigs. See her posts below. 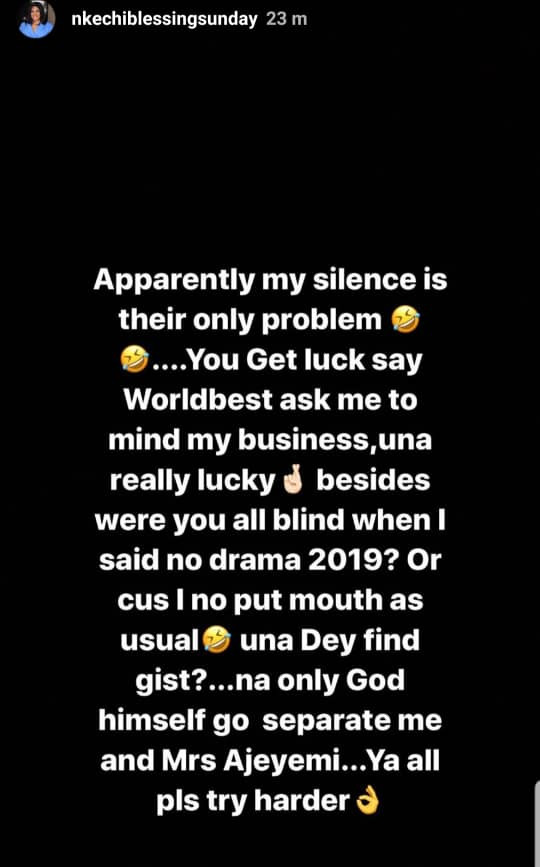 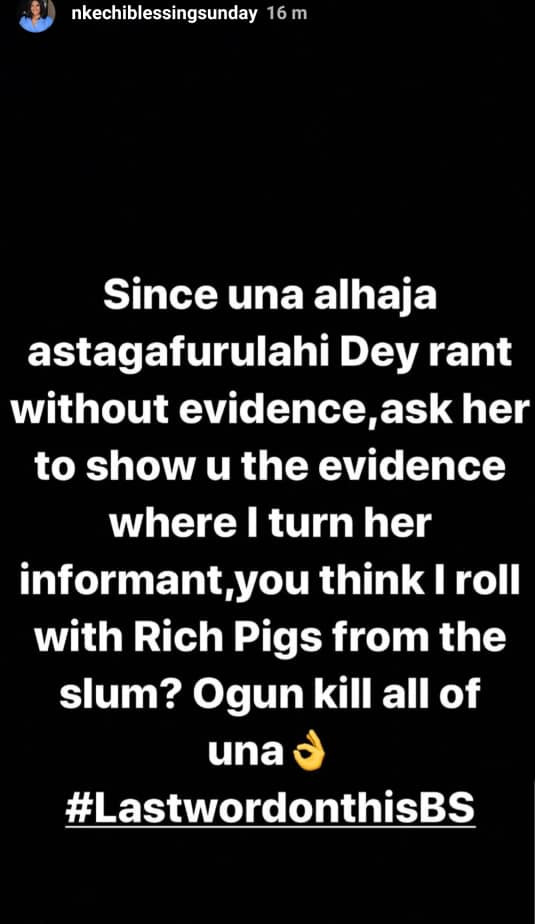 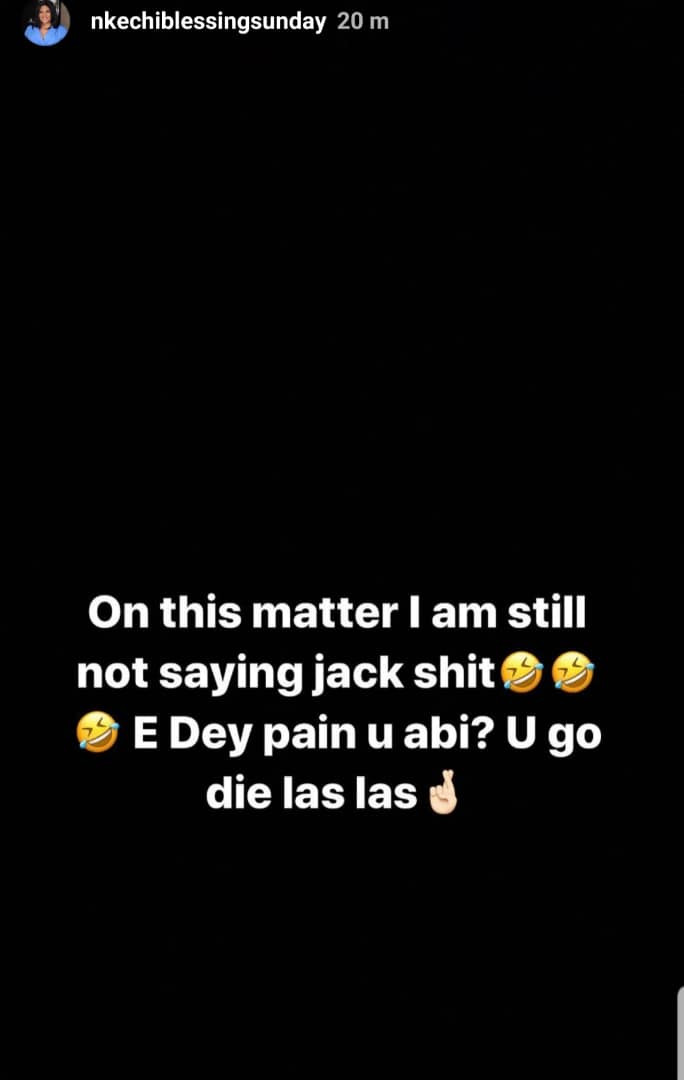 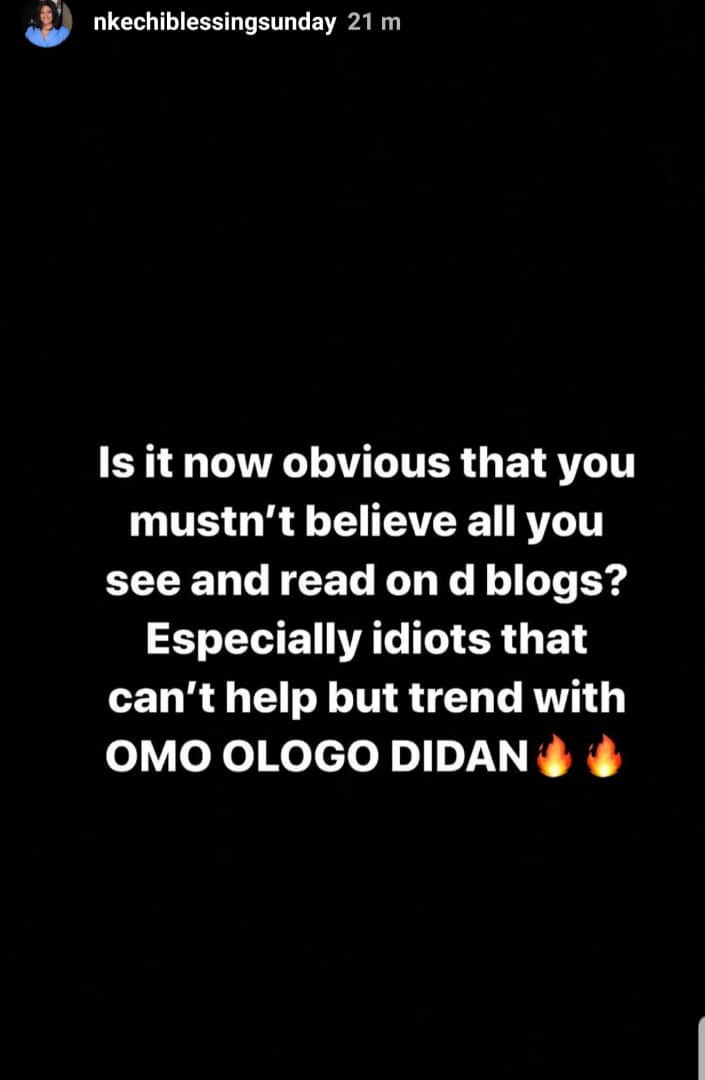 The post Liz Anjorin: ”You think I roll with rich pigs from the slum”- Nkechi Blessing Sunday denies report she is snitching on her bestie, Toyin Abraham appeared first on Linda Ikeji Blog.

I’m not sure how to feel – Omotola Jalade shares photos of her husband, Captain Ekeinde flying out Chinese nationals who arrived Nigeria weeks ago