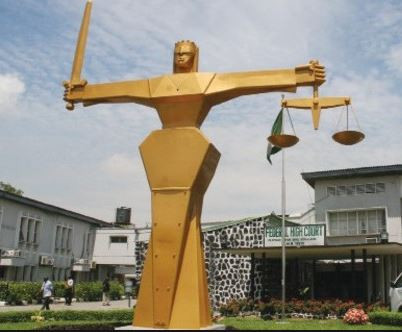 Inos Ndlovu, a Zimbabwean man who discovered that his brother’s wife was cheating on him, took the condom used in the act to a local court as evidence.   According to iHarare, Ndlovu, who is the younger brother of Edward Ndlovu, a miner became suspicious when he spotted a man leaving his sister-in-law, Nyarayi Chalisegela’s bedroom. When confronted, Chalisegela denied the allegation but Ndlovu entered her bedroom where he discovered a used condom and a man’s underwear.   He took these items and headed for a local court. Meanwhile, Chalisegela allegedly tried to bribe him with a bucket of maize. The court secretary, Fanuel Mhike while describing the incident that happened said, “We are dealing with a case where Edward Ndlovu’s younger brother Inos spotted a used condom on the couple’s bed and men’s underwear on the floor. Inos confiscated the evidence and gave it to the Chief’s office. She tried to bribe him with a bucket of maize but he refused.” It was also reported that the elder Ndlovu returned home to meet Chalisegela’s absence.She had reportedly returned to her home town.The post Man presents used condom in court as evidence of sister in-laws adultery appeared first on Linda Ikeji Blog.

Let’s celebrate people more when they are alive than when they are dead – BBNaija’s Thelma writes in reaction to Kobe Bryant’s death.

Big Brother Naija 2019 star, Thelma Ibemere has taken to her Instagram page to react to the death of Kobe Bryant – but it is in a way different from others. Thelma wondered why the NBA legend is being more celebrated now than when he […]

5 Tweaks That Will Revolutionize Your Kids’ Organization Skills

If there’s a type A for housekeeping, then I’m types D and S—disorganized and scattered! Unfortunately, my children have observed and learned from my example. It’s taken me a while to realize that there are some simple procedures (a scary word to a non-type A) […]