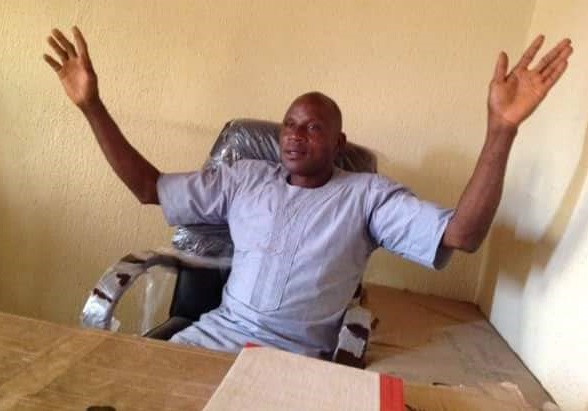 Gunmen in the late hours of Monday killed the Chairman of Shade Owners Association, Zaki Biam Yam Market, in Ukum Local Government Area of Benue State. It was gathered that the gunmen invaded the residence of the deceased identified as Tavershima Achinge, and shot him dead. According to Punch, a relation who did not want to be named said the deceased had just returned home after the day’s job before the gunmen arrived.“It was not long he came back from the market that those gunmen invaded his house and shot him at close range. The sporadic gunshots scared away people within the neighborhood, this made it easy for the gunmen to escape. By the time, the dust settled , people ran to the scene to see what happens , it was the lifeless body of Achinge that they met in a pool of blood. The remains of the deceased has been deposited at the morgue of a private hospital in Zaki Biam. Confirming the incident, the caretaker chairman of Ukum local government, Torchioka Ibenimo, called on security men to ensure that the perpetrators were apprehended. Spokesperson of the Benue State Police Command , DSP Catherine Anene, also confirmed the incident. A friend of the deceased Denen Achussah, recalled how late Achinge once complained of harrasment, intimidation and threats by unknown persons. See his post below."Adieu Tavershima AchingeI can't resign to the frustrating sigh of blaming God when those sons-of-a-bitch sniff life out of you. They will know no peace.The last time I was in Zaki -Biam, you told me that you are no longer interested in the affairs of Zaki Biam Yam Market; that it was better to live a peaceful life with your family rather than continue to bear the harrasment, intimidation and threats. I respected your view when you politely turned down my request for comments. I was on a return visit, two years after the 2017 attack on Zaki Biam Yam Market. Yesterday, Monday, 5th August, 2019, I read with rude shock, while going through my Facebook page that you are felled by bullets of assasins; the bullets you were apparently scared of.It did not occur to me that in less than a month's time (after my visit) you will be killed in such a barbaric manner.What is your crime? The market? But you did let it go! They've killed your body and not your spirit. Adieu!" 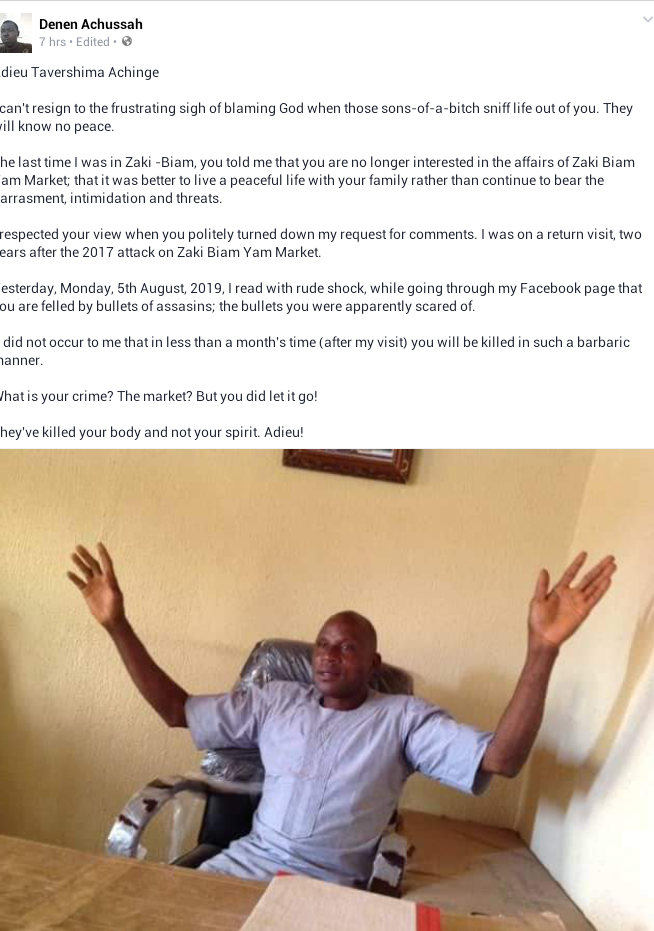 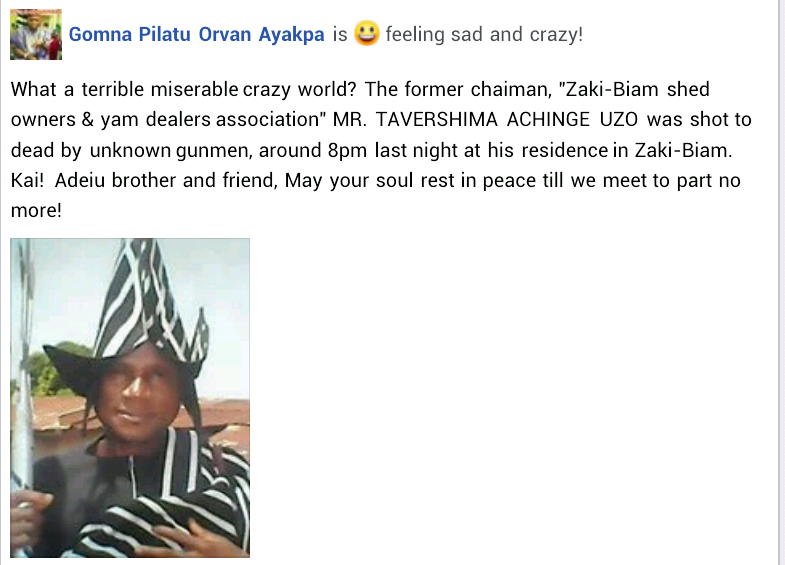 The post Market leader shot dead by gunmen in Benue State shortly after he allegedly complained of harrasment and threats from unknown persons appeared first on Linda Ikeji Blog.