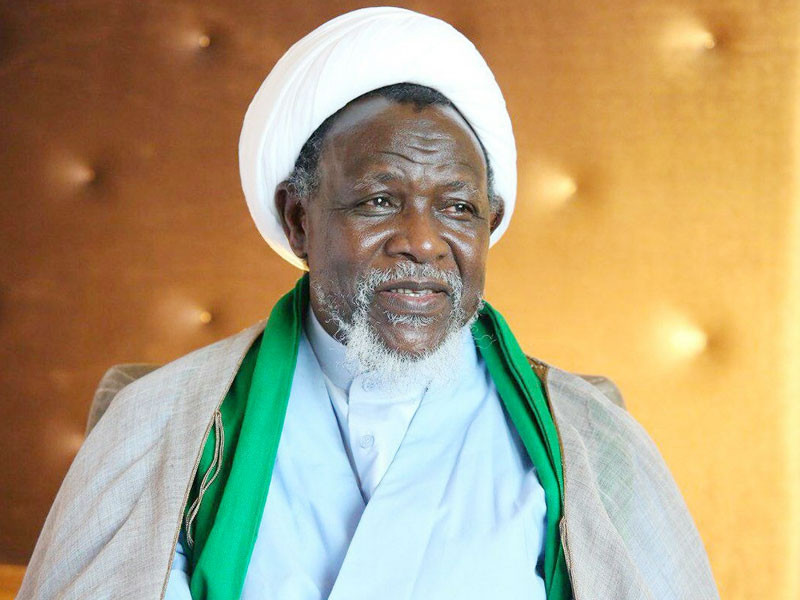 Sheik Ibrahim El-Zakzaky has continued to decry the treatment he got while on a medical trip to Medenta Hospital at New Delhi in India, as he revealed that he had freedom while in custody in Nigeria.  Narrating his ordeal to an unidentified Indian official, the leader of the Islamic Movement of Nigeria (IMN) said he was detained at a well furnished house located beside the Senate President’s residence and was also free to move around. He also accused the Nigerian government of making it difficult for him to get treatment at the hospital, thus the feeling of being in prison even when he made the Indian trip at his own expense.  He said, “I have been about four years in prison now; a house fully furnished. In fact, our next neighbour was the Senate President; a large house. I was free to move about.“Similarly, when they moved me to Kaduna I was in the best area – government reserved area. It is a house fully furnished with large bedrooms and I was free. I have never been in detention with police there; in fact, the soldiers used to stay outside at the gate. That is what they have been doing. When we came here, we were put in prison.”The cleric added, “I will definitely prefer another hospital. I was told that some Shi’ite Ulama came and said I should be allowed to be treated in India.”They said I am the one to take myself to hospital, not the government.  We bought our own tickets, the government people with us bought their own. “Somehow, when we came here,  we learnt the embassy changed the story. We learnt the Nigerian government told them they are bringing in two patients charged with a criminal offence, and they also solicited the support of the Indian government for the security of these people; they also spoke with the hospital about what to do. And they claim they are the ones bringing us." Here is the video below;       View this post on Instagram         IMN Leader, Sheik Ibrahim El-Zakzaky reveals his detention facility is next to the Senate President’s residenceA post shared by Lindaikejiblog (@lindaikejiblogofficial) on Aug 17, 2019 at 10:28pm PDTThe post My detention facility was next to Senate Presidents residence El-Zakzaky (video) appeared first on Linda Ikeji Blog.