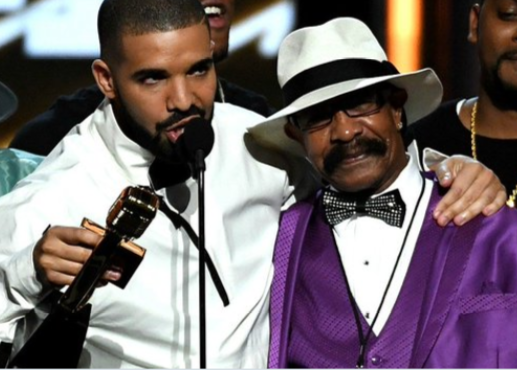 Four days after Drake's dad Dennis Graham told Nick Cannon in an interview that the rapper only wrote lyrics about him (Graham) being an absentee father to sell records, Drizzy has responded.   The Toronto rapper took to his Instagram accountstories moments ago to address his father's claims saying, "woke up today so hurt man. My father will say anything to anyone that's willing to listen to him. It's sad when family gets like this but what can we really do that's the people we are stuck with…every bar I ever spit was the truth and the truth is hard for some people to accept". Drake's IG story comes in response to his dad's October 4th interview on Nick Cannon's Power 106 radio show where the issue of Drizzy's purportedly once-strained relationship with his dad was raised. Drake's father was however quick to dismiss that idea saying, "I had a conversation with Drake about that. I have always been with Drake. I talked to him if not every day, every other day and we really got into a deep conversation about that, 'I said Drake, why are you saying all this different stuff about me man like this is not cool'. He goes 'Dad it sells records,' and I said 'Okay well cool.'" Drake has rapped about his relationship with his father at various points in the past, including on his emotional Take Care song "Look What You've Done." See what Drake's dad has to say as well Drake's response below. 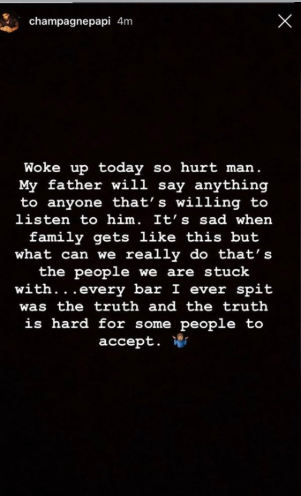 View this post on Instagram         @therealdennisg speaks on @champagnepapi’s lyrics about him | @culturemillennialsA post shared by REVOLT TV (@revolttv) on Oct 6, 2019 at 2:10pm PDTThe post ‘My father will say anything to anyone that’s willing to listen to him’ – Drake calls out his dad on Instagram appeared first on Linda Ikeji Blog.