Two Corps members who met in Plateau state for their madatory one year youth service, are about to wed this Saturday, May 30.   According to a statement from NYSC, Felicia Haruna from Kaduna state and Mark Makafan from Kogi state, met at the Mangu Orientation Camp […]

How to Stop Assuming Things in a Relationship

When you share a life with someone, there is a constant need for communication. You have to sync up your schedules, make sure the house is running smoothly, make sure those little people who make messes and eat all your food are OK. As you […]

Toke Makinwa took to Instagram to reveal that she's still a "hopeless romantic" even after all life has thrown at her. She said that she can't wait to fall "hopelessly and madly in love" again. She added: "I love love, hopefully it loves me back someday." The post […] 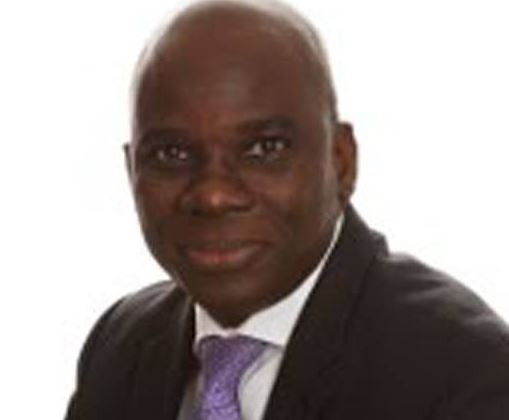 EFCC has secured the conviction and sentencing of Adetunji Abudu, a former Managing Director, New Prudential Mortgage Bank Limited, to two years imprisonment for N195m fraud before Justice I.N. Buba of the Federal High Court sitting in Ikoyi, Lagos. The convict was arraigned on Wednesday, February 17, 2016 on a four-count charge of acting in contravention of the Banks and Other Financial Institutions Act( BOFIA) 2004 to the tune of N195m( One Hundred and Ninety-five Million Naira). Abudu, while being the Managing Director of the bank, obtained a N35m loan and another N110m loan without authorisation. The former New Prudent Bank boss also approved the setting off of a N50m loan granted to Total Access Concept Limited by Addoser Micro-finance Bank, which was also not authorised in accordance with the bank’s policy and in contravention of BOFIA 2004. In another count, the defendant failed to disclose his interest in Total Access and Integrated Concept Limited, an offence contrary to Section 18(8) and punishable under Section 18 (11) of the BOFIA LFN 2004. The defendant pleaded not guilty to the charges preferred against him by the prosecution, thereby leading to his full trial. In the course of the trial that began on April 12, 2016, the lead prosecution counsel, A.B.C. Oziokor, called seven prosecution witnesses and tendered several documents that were admitted in evidence by the court, while the defence presented five witnesses. Both parties consequently adopted their written addresses, after the closure of the case. Delivering his judgment on Justice Buba found the defendant guilty on counts one, two, three and four as charged. The Judge further held that “The court has considered the fact that the convict is a first-time offender, a family man and a breadwinner.“The court will be lenient, given that the convict is a first offender. But this will also send the right signal that it is this type of attitude that has led our financial institutions into trouble. This is a matter the convict should not have allowed to go through the rigours of a criminal trial, having been given the opportunity to refund the money. But he still remained obstinate.”The Judge, therefore, sentenced the convict to two years on counts one, two, three and four, without an option of fine, with effect from the day of Judgment.The sentences are to run concurrently.The convict was ordered to make restitution to the complainant, in accordance with Section 321(a) of the Administration of Criminal Justice Act, ACJA, “if the properties released cannot meet up the amount of exposure to the complainant.”The post N195m Fraud: Former bank MD, Adetunji Abudu jailed for two years appeared first on Linda Ikeji Blog.

Yesterday saw Trump tweet that mail-in ballots would be forged, illegally printed, and signed. A follow-up Tweet claimed that anyone living in the state of California would get a ballot, and professionals would tell them how to vote, and for whom. Source link 0 0 […]

Two Corps members who met in Plateau state for their madatory one year youth service, are about to wed this Saturday, May 30. According to a statement from NYSC, Felicia Haruna from Kaduna state and Mark Makafan from Kogi state, met at the Mangu Orientation […]

Two Corps members who met in Plateau state for their madatory one year youth service, are about to wed this Saturday, May 30.   According to a statement from NYSC, Felicia Haruna from Kaduna state and Mark Makafan from Kogi state, met at the Mangu Orientation Camp […]