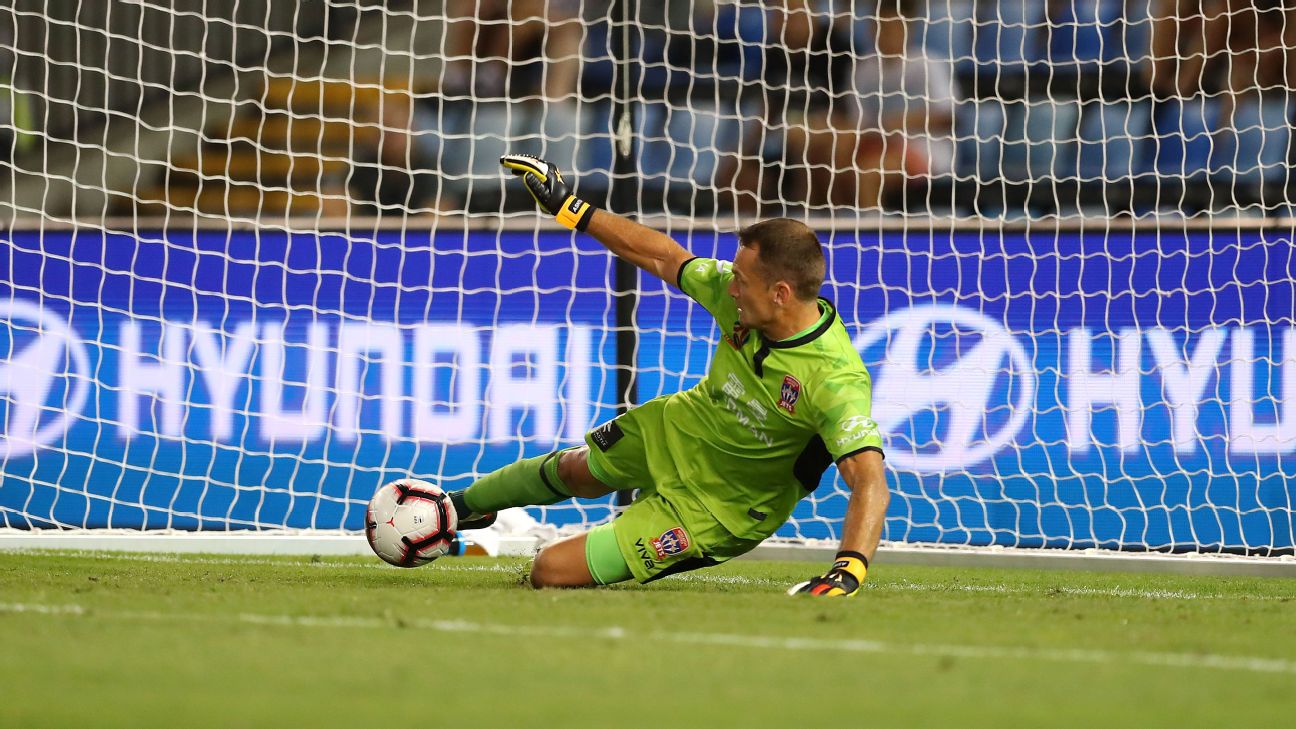 A late wasted chance for the Jets meant the points were shared at the McDonald Jones stadium.

Newcastle Jets' chance of progressing into the AFC group stages were ended by a comprehensive 4-1 defeat to Kashima Antlers.

Tarek Elrich scored a dramatic 95th minute equaliser as the Wanderers finished their final game at Spotless Stadium with a draw.

Adam Le Fondre's emphatic penalty and some last ditch defending was enough to give Sydney FC victory over Wellington Phoenix.

Alex Lopez netted twice for Brisbane as Central Coast Mariners have two men sent off as Roar run out 5-3 winners in Gosford.
Veteran A-League goalkeeper Glen Moss will go around again for the Newcastle Jets in 2019-20 after he signed a fresh one-year deal at the club.
The former New Zealand international has been re-signed by Ernie Merrick after the 36-year-old followed the coach from Wellington to the Hunter.
Moss was the Jets' under-study last season but was drafted in for the club's finals campaign after an unfortunately-timed quad injury to Jack Duncan.
A-League

A-League Table
The 2018-19 A-League season is starting to take shape. Check out where your team sits on the ladder.

Australia Home
Head to ESPN's home of everything A-League, W-League, Socceroos and Matildas!

He's risen to to be first choice this campaign and, with the…