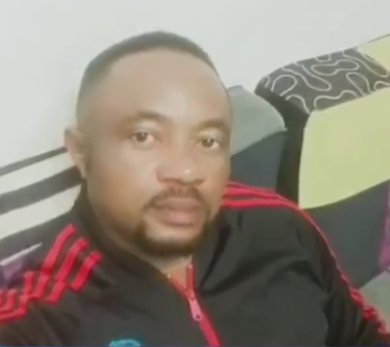 46-year-old Pius Ezekwem, a Nigerian businessman residing in the Eastern Cape Province in South Africa has been killed. According to reports, Pius who ran a chain of bed and breakfast guest houses, was picked up by eight police officers at a Nigerian eatery last weekend and was forcefully taken to his home for a search and interrogation. An argument between Pius and the South African police officers degenerated so fast that a gun shot was fired, leading to Pius' death. Pius was married to a South African who was present at the scene of the incident.  He reportedly asked the policemen to kill him in his house as he would not follow them to where they wanted to take him to. Sadly, the policemen allegedly killed him in the presence of his family. All phones were seized except that of Pius' sister in-law who recorded his altercation with the police. Confirming the incident, the Nigerian Ambassador to South Africa, Godwin Adama, said a formal report has been launched to the South African police on the incident. An autopsy has been carried out but the result has not been released.  Not one of the police officers have been arrested. The post Nigerian man allegedly killed in South Africa by police officers appeared first on Linda Ikeji Blog.