Nigerian On-Air Personality, Melody Hassan, has swiped aim at Big Brother Naija 2019 winner, Mercy Eke, over a recent video the reality star made complaining about not getting adequate support from her fans. Mercy Eke had taken to a live session on her Instagram page […]

The World Health Organization (WHO) has said there is no evidence that COVID-19 is transmitted via breast milk, even when a nursing mother has contracted the virus. In a statement by WHO on its website, the health body said nursing mothers are urged to continue breastfeeding […] 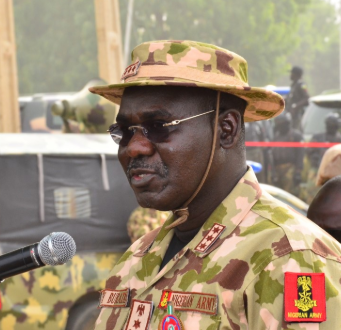 The Nigerian Army has confirmed the arrest of a suspected Boko Haram insurgents’ logistic supplier and seized a car stacked with motorcycle used tyres in Borno State. Brig.Gen. AK Ibrahim, the Acting General Officer Commanding (GOC) 7 Division, paraded the suspect at the Gubio Super Camp in Maiduguri where he disclosed that the suspect, Samuel Chukwudon, was arrested on September 27, by a joint team of troops of Operation Lafiya Dole (OPLD) and personnel of the Nigeria Custom Service (NCS), while travelling along Baga-Monguno Road.   He said that the troops seized items which included a car, 136 used motorcycle tyres, 200 new tubes and a number of rubber gum.“The arrest is based on the subsisting ban on motorcycle in the theatre of operation due to the security challenges. We know that the insurgents use motorcycles in their operations; nobody is allowed to ride motorcycle, the suspect is arrested with the banned items heading toward Lake Chad basin.“Boko Haram insurgents are around the area and we felt that something was fishy. He made several attempts to bribe our men at the time of the arrest and during interrogation,“ Ibrahim said.The officer said that the seized car and items would be destroyed and warned people in the area against trading in motorcycles and motorcycle spare parts. The suspect, however, told newsmen that he sells used motorcycle tyres to cart pushers such as water vendors and firewood sellers in Monguno.“I reside in Monguno since 1990; I have a shop and everybody in the town knows me, I engaged in the used tyres trade because they told us not to sell new tyres,“ the suspect said.The post NigerianArmy arrests Samuel Chukwudon, alleged logistics supplier to Boko Haram appeared first on Linda Ikeji Blog.