Governor David Umahi of Ebonyi state has ordered the immediate shut down of all government offices after some members of his cabinet tested positive for the novel Coronavirus. In a statement released by the state Commissioner for Information and State Orientation, Orji Uchenna Orji, the governor ordered the […]

“Uti is bisexual and treats men with more respect” – Lady who accuses ex-BBA winner, Uti Nwachukwu of raping her, says

The allegations of rape and sexual assault by male celebrities seems to be never ending in the wake of the #SayNoToRape stories that’s been rocking social media for a while now. As rape victims begin to speak out on the ordeals they faced with a […] 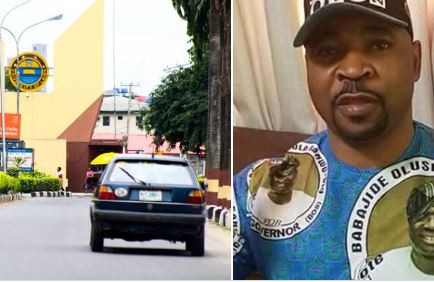 The leader of the Nigerian Union of Road Transport Workers (NURTW) Lagos chapter, Musiliu Akinsanya aka MC Oluomo is currently under alot of fire on social media following his invitation as a Special guest at a seminar scheduled to hold inside University of Lagos (UNILAG). 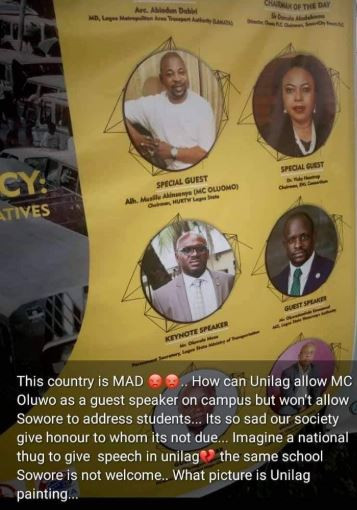 MC Oluomo's invitation has triggered alot of poeple online saying, 'how can a National Thug be allowed to talk in UNILAG and Sowore wasn’t welcome?”. See more reactions below…MC Oluomo invited as a special guest to give a speech in #Unilag, meanwhile Sowore was stopped from attending various events he was invited to for reasons best known to the school authorities. Imagine MC Oluomo giving a speech to #Unilag students We are mad in this country pic.twitter.com/wE5CfItf5C— Halesh (@OmiyefaOlaoluwa) September 18, 2019I just read somewhere that MC Oluomo will be giving a lecture in UNILAG.Is this true?I am sincerely hoping his topic will be centred around Thuggery & HR MGt. Anything outside this will be really outside his topic of competence. pic.twitter.com/4tnElmg6Qn— Ogbeni 'Wale® (@Ogbeniafolabi) September 18, 2019MC Oluomo His he there to motivate or what? I don't get. Lemme cross leg and see how this goes.UNILAG counseling unit — TobaDavidSoloHorn (@David_PlayHorn) September 19, 2019I don’t see anything wrong with MC oluomo being a guest speaker in unilag. He is experienced in transportation & thuggery.Believe me the students will pay more attention to him more than the other speakers. Education is not obtained through schooling alone pic.twitter.com/aKprxXSzrC— Mr Dee (@Devcron5) September 19, 2019If u think anyone without university or any higher institutions certificate is not educated the education you claim u hv is a waste.A mechanic is educatedA carpenter is educatedand these people are also a graduate in their choosing field..Mc Oluomo is educated in his field. pic.twitter.com/An2rdJLi36— Iam a Good Soldier.. (@buckysteve) September 19, 2019Why are we angry that Mc Oluomo is a keynote speaker in a Unilag event?Let's learn to not Underrate people in this country please,If someone without a Certificate could be President, an Agbero could lecture in a University.Nigeria is a Country of all possibilities. pic.twitter.com/fOJwbhnFEe— Chika Nelson™ (@chikanels) September 19, 2019In 2019 people still feel formal education is the only way to get knowledge.if you fault mc oluomo been a guest speaker in Unilag because u think his not educated then u need to revaluate.— Godstandwithme (@EdogunChris) September 19, 2019If Buhari can be president of Nigeria , Mc oluomo is qualify to speak anywhere in the country— Ogbu Efi Na Onitsha (@ozontino) September 19, 2019I don't know why you people are angry at MC Oluomo being invited as a guest speaker at the university of Lagos o. What did you expect in a country that a certificateless man like @MBuhari is a president? Anything goes here guys, be calm abeg.— Benny Umoren (@BennyUmoren) September 19, 2019Here we go again Nigerians thinking that the only way u can get educated is through schooling. That's the biggest trap of the century. We get educated by getting knowledge which can be available everywhere. MC oluomo is super qualified and experienced to speak in unilag.— Snitch Bitch (@junnielexia) September 19, 2019MC Oluomo(A Transport Union Illiterate Thug) invited as a guest speaker on Unilag Campus.You can even see his picture before that of the woman with a PhD The rottenness the decay in Nigeria is beyond imagination pic.twitter.com/z794NRB6V3— Musical Critic (@MusicalCritic) September 19, 2019What is wrong with MC Oluomo as a guest speaker in a university? What he knows about transportation in Lagos State and Nigeria are not being taught in the school curriculum. You think everything is formal education?— Premeditator (@maxwellthejim) September 19, 2019The post Nigerians react asMC Oluomo is invited as a ‘special guest’at an event inside the University of Lagos appeared first on Linda Ikeji Blog.