Davido is set to move into his new house at the plush vicinity of Banana Island. This afternoon, the singer took to his Instagram stories to show off the crib which was built with an elevator.  In one photo he shared from inside the elevator, he wrote:  'Always […] 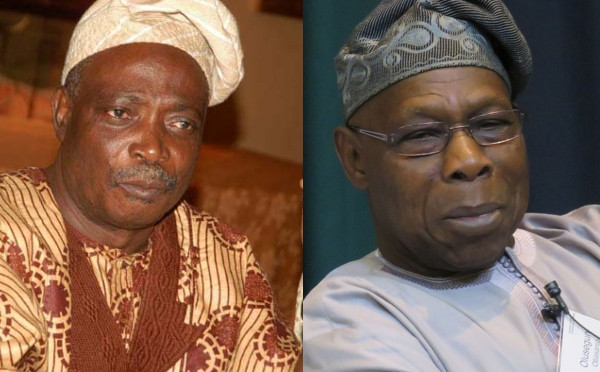 Chief Rashidi Ladoja, the former Governor of Oyo state has revealed that former President of Nigeria, Olusegun Obasanjo was behind his impeachment in 2006 after he opposed his third term agenda.  The impeached Oyo Governor on Tuesday September 24, revealed that Obasanjo threatened to reduce him to “nobody” for rejecting his third term bid and also rejected appeals by prominent Nigerians, including a late Yoruba leader, Pa Emmanuel Alayande, and a former Attorney General of the Federation, Prince Bola Ajibola to suspend the impeachment process. Recalling how he got into politics after funding the election of late Chief Kolapo Ishola as the governor of the state in the Third Republic, the 75-year-old Osi Olubadan of Ibadanland said all the challenges he faced in politics helped shape his life.  “There are successes and failures.  There are triumphs and disappointments. And in the long run, I will say that I’m grateful to God that I can claim more triumphs than disappointments. “There was one that actually made the impeachment possible.  It was Obasanjo’s third term.” He said, “I also made a mistake. When I heard about the third term, I asked Baba (Obasanjo) if it was true.  He said it was not true and I said thank God.“I said,  ‘Baba, if not I would have said maybe you don’t know God. I said God made it possible for you to be President for eight years and I said this was a presidency you were not qualified for.’”Ladoja said when Obasanjo insisted that he was qualified and he told him,  “In a civilian government, the Presidency is meant for politicians and you are not a politician. They came to call you.” Revealing that Obasanjo never liked the truth he dished out to him, he said he got a call that evening from Ogun State former Governor Gbenga Daniel who told him to come early for a council of state meeting in Abuja in order to apologise to the former President. “When I got home in the evening, the Ogun State governor, Gbenga Daniel, called me and said ‘ governor general , you came to Ota’, I said yes that I came to discuss with Baba (Obasanjo). He asked what I discussed with Obasanjo. I said I discussed the third term. He (Daniel) said, ‘ oh God, you have pinched Baba on his sore. Baba said he would turn you to nobody.’ However after he turned up to apologize to Obasanjo who he met with a Peoples Democratic Party chieftain, Oyewole  Fasawe, he said he was not allowed to talk.   “Baba didn’t allow me to talk.  He said I had  told you Rashidi, I would turn you to nobody. He was going and Fasawe was running after him, trying to tell him he shouldn’t have said that and I answered him, ‘if God permits you sir .”  He also revealed that he begged Obasanjo on January 10, 2006 in Abeokuta with Gbenga Daniel, an ex-governor of Ondo State Olusegun Agagu, an ex-governor of Osun State Olagunsoye Oyinlola, but their plea was struck off.  He said, “We didn’t take Fayose (then Ekiti State governor) along because he was Baba’s son.  Agagu, Oyinlola,  Daniel and I went to him. They (others)  knelt down so I had to kneel down too. Oyinlola is a very good orator.  He presented a very brilliant case.  Agagu supported him.  Daniel and I didn’t talk.  He (Obasanjo) said ‘well, Rashidi, go and resign,’ I said ‘no.’ he said why and I asked, ‘why should I resign?’ After being told that nobody could get two-thirds in the House of Assembly to impeach Ladoja, Obasanjo reportedly said ‘two-thirds my foot and got up.’ We were talking, when Bola Ajibola (a former attorney-general of the federation) came in and said ‘what is wrong with you people, you are leaders in your own right. He (Ajibola) said, ‘I have gone to see Segun (Obasanjo) to plead that he should leave you in peace because you have not done anything wrong. That in fact, everybody is praising your government.’ He also said the ex-President rejected Alayande's plea not to remove him from government.  "Baba (Obasanjo)  came to Ibadan to see Baba Alayande on his birthday, I went with him, Baba Alayande also pleaded with him but before 7 0’clock on the 12th (January, 2006),  I was called that the people were coming with police escort to come and do the impeachment. When we got the impeachment notice, we went to court.  We told the chief judge then that the people did not  have the mandatory two-thirds" he added.  The post Obasanjo was behind my impeachment as Governor of Oyo state over his third term Ladoja appeared first on Linda Ikeji Blog.