The BBC announced last year that it was working on a voice assistant called “Beeb.” On Wednesday, developers moved the software to the beta phase. The testing will be semi-open to the public. Windows Insiders in the UK can download Beeb from the Microsoft store […]

24 suspected kidnappers have been arrested by the Nigerian army following a two weeks operation around Owo and Akoko areas of Ondo State. The was disclosed during a visit to Oba Ajibade Gbadegesin Ogunoye III palace in which the Chief of Army Staff (COAS), Lieutenant General Tukur Buratai […]

Fans dig up old tweet of Peruzzi in which he ‘seemingly endorsed rape’.

Nigerian Singer and Songwriter, Peruzzi is currently trending for the wrong reasons on social media and it doesn’t seem like slowing down. Earlier today, the singer was called out after a lady has taken to Twitter to allege that popular DMW recording artiste, Peruzzi raped […] 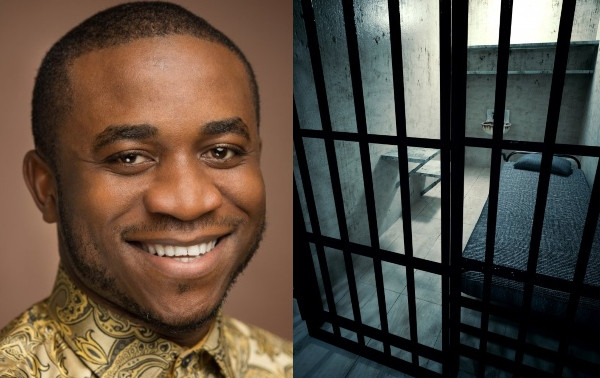 Obinwanne Okeke, the Nigerian entrepreneur arrested by operatives of the Federal Bureau of Investigation (FBI) on the last day of his visit to the United States in August, pleaded not guilty to the two count charge of wire and computer fraud at the commencement of his trial on Monday September 16.  The Nigerian businessman was arraigned in court by 2pm, a week after being indicted by a federal grand jury which examined evidence gathered by the F.B.I. and presented by the United States Department of Justice.  Ruling on the case on the first day of trial, US Magistrate, Douglas Miller ordered that Mr Okeke be remanded in prison custody until February 18, 2020 while also describing the fraud case as "complex". The trial of the Forbes 30 under 30 entrepreneur accused of orchestrating the theft of $11 million from a foreign subsidiary of American heavy equipment manufacturer, Caterpillar, is expected to continue on the announced date.  The Nigerian businessman who was marked as a flight risk by US Authorities, reportedly waived his right to a speedy trial on the first day of his arraignment.  LIB reported earlier that Mr Okeke faces up to 30 years in prison if convicted, as the grand jury which indicted him also recommended that he should be made to forfeit at least $11 million in cash and asset or both if found guilty. If convicted, it is also expected that he will forfeit the emerald cut engagement ring found on him when he was arrested. The post Obinwanne Okeke remanded in prison custody till February 2020 appeared first on Linda Ikeji Blog.

Three humanitarian workers and a soldier were abducted along Monguno/Maiduguri highway on Tuesday June 2, by suspected Boko Haram insurgents.  The incident occurred at about 11:30am on the said date. An official of the State Emergency Management Agency (SEMA) who pleaded anonymity, told Daily Trust;  “Yes, we heard […]

The BBC announced last year that it was working on a voice assistant called “Beeb.” On Wednesday, developers moved the software to the beta phase. The testing will be semi-open to the public. Windows Insiders in the UK can download Beeb from the Microsoft store […]