The body of missing former WWE star Shad Gaspard has washed up on Venice Beach, three days after being swept out to sea during a swim.  Patrol officers were called around 1:25 a.m. by a person reporting that a body had washed ashore, a Los Angeles Police Department […]

It appears that Apple is continuing efforts to minimize iPhone components. Noted Apple analyst Ming-Chi Kuo reports that the company may stop including EarPods with iPhone purchases starting with the iPhone 12. This move would mark the first time consumers would be forced to buy […] 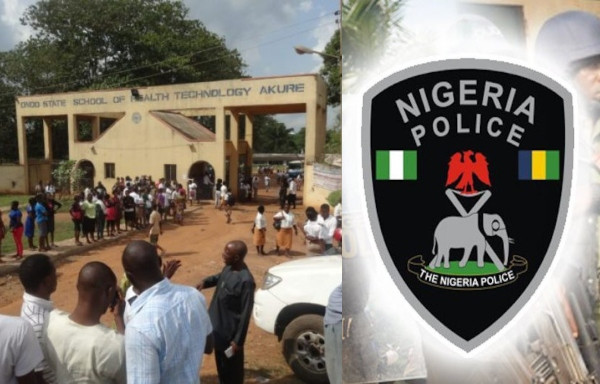 Three students of the School of Health and Technology in Ondo state's capital Akure, have been arrested by the state's police command for allegedly gang-raping their schoolmate.  The suspects identified as Damilola Aderoboye, Charles Eyitayo and Blessing Michael have been transferred to the Criminal Investigation and Intelligence Department of the command for investigation following their arrest over the sad incident which occurred at the residence of the victim’s boyfriend on Wednesday August 14.  “We have commenced investigation into the matter, and after the investigation, the suspect will be charged" Femi Joseph, the state police spokesperson said.  Recounting how she got subjected to gang-rape, the victim said; “I was in the room when the three men forced their way in and pounced on me. I was shocked when they entered the room and they asked me to take off my dress and lay on the bed with my back.“I begged them to leave me alone, but they refused. They asked one of them to forcefully undress me and before I knew what was happening, the three of them had raped me.“They threatened me that they had the recording of the action and would upload the footage on the social media if I told anyone about it.“But I could not keep the trauma to myself and I had to tell one of my friends, who reported the issue to the police and the boys were tracked and arrested.“I knew one of them, Eyitayo, who had once asked me out, but I rejected his advances. I have to speak out now because I cannot keep it to myself and I really want justice. Those boys took advantage of and abused me.” The school's provost, Dr Felix Olawoye also stated that the male students will get punished by the school’s disciplinary committee.  “The suspected student rapists have been arrested and as an institution, we believe that the law must take its rightful course after which the school’s disciplinary committee will also present its recommendations to the political head, the Commissioner for Health. We don’t tolerate any form of indiscipline,” he said.    The post Ondo health school students allegedly gang-rape mate appeared first on Linda Ikeji Blog.