A lot of vacuum cleaner-related jokes ensued when Dyson announced its plans of entering the electric car business back in 2017. The situation, however, became rather grim in October last year, when the company abandoned its electric car program over lack of commercial feasibility. Source […]

Singer, Tiwa Savage speaks out on suffering from anxiety disorder

Nigerian songstress and mother of one, Tiwa Savage has opened up on suffering from anxiety disorder which she says is caused by a physical health problem. The lovely made this known on her social media page recently where she gave a short shout-out to others […]

Bashir Ahmad, President Buhari's Personal Assistant on New Media, is currently the number one trending topic on Twitter as Nigerians are reacting to a Tweet he shared about the second Niger Bridge. Bashir in the early hours of today tweeted that when completed, the Second Niger Bridge […] 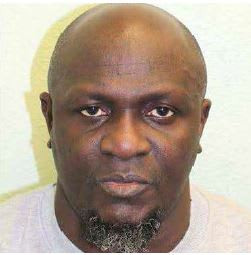 Five men have been found guilty of hacking into an e-mail account and attempting to steal more than £3 million from a London businessman. All five suspects were convicted at Southwark Crown Court on Wednesday, 22 May following a five-month trial. Anthony Oshodi, 49, (pictured above) as found guilty of one count of money laundering, one count of possession of a false identify document and three counts of possession of articles for use in fraud. Oshodi fled three weeks into the trial but was convicted in absence. 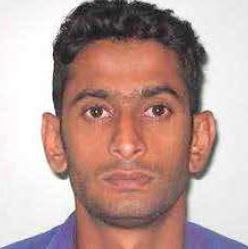 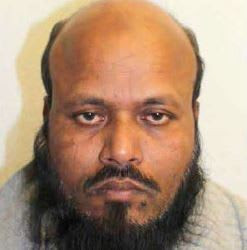 They will all be sentenced at the same court on Friday, 21 June.The group were convicted following a complex investigation carried out by the Metropolitan Police Service’s Cyber Crime Unit (MPCCU) over four years.The suspects carried out their scam by altering the email account of a single victim, enabling them to send emails without his knowledge and preventing him from viewing messages from his accountant and bank.In January 2015 the group sent several emails from the victim’s account to his bank requesting payment be made to a number of people. Payment was requested through fraudulent invoices containing account numbers belonging to the suspects. 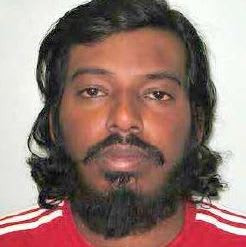 Between 8 and 13 January 2015 approximately £1.3 million was transferred into three accounts, one of which belonging to Muttiyan. He made a series of further transfers in an effort to mask the money.Detectives managed to identify each suspect through the examination of banking, phone and computer records. Over the course of several months they pieced together key evidence of the money trail, patterns of communication and the ownership of individual devices linked to the offences.Officers carried out searches on the home addresses of each suspect. They seized more than 50 electronic items including computers, mobile phones and digital storage devices. 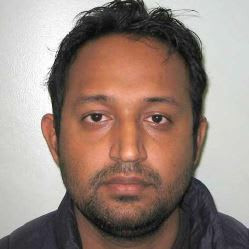 Examination of the devices revealed messages between Oshodi and Siddique discussing the stolen money and Siddique and Islam exchanged instructions on how to launder the money and evade law enforcement.The investigation revealed Oshodi’s links to the hacking of the victim’s e-mail account and his outsourcing of the laundering of £600,000 of the funds to Siddique.He was linked to additional laundering offences. Two envelopes were seized from his address during the search – one containing five stolen cheques, the largest of the three being worth £51,000 – and the other containing five stolen bankcards, one with a balance of £28,000.His computer also contained copies of 1000 third party passports and bank cards which were used to create false identities.Muttiyan acted as a primary money mule, transferring cash through the bank accounts of a petrol station, an insurance claims company, and a computer business owned by the group. Siddique organised the distribution of £600,000 and was found to be involved in two separate money-laundering offences.Muttiyan was also linked to additional money laundering offences and was found in possession of a fraudulent £28,000 cheque.Rafeek had led the process of receiving and distributing more than £250,000 while Islam sourced accounts to receive the stolen funds, and facilitated the transfers to evade detection.Detective Constable Barry Steel from the Met’s Cyber Crime Unit said:“This was a complicated and protracted investigation which uncovered a network of apparently legitimate businessmen involved in large scale laundering of the proceeds of online criminality. This case should demonstrate how determined the Met is in identifying, disrupting and prosecuting those intent on committing crime online and protecting people and businesses across the city. Officers on this case spent years tracing the actions of this group in order to bring them before the courts. They trawled through thousands of pieces of evidence, and linked each suspect to this fraud. Oshodi fled three weeks into this trial, but due to the level of evidence produced against him, the jury were able to convict in his absence. We will continue to pursue Oshodi and bring him to justice for his part in this crime. I would ask anyone with information regarding his whereabouts to contact the Cyber Crime Unit directly on 0207 230 8475. Alternatively you can call Crimestoppers anonymously on 0800 555 111.”Mohammed Asif, 30 (1.1.1989) of Marshal Road, Sheffield, S4 was found not guilty of money laundering.The jury failed to reach a verdict on Muhammed Rashaduzzaman, 48 (2.2.1971) of Fanshawe Crescent, Dagenham, RM9 charged with money laundering.The post Photos: Nigerian man, four others found guilty of money laundering and attempting to steal over 3 million from a London businessman appeared first on Linda Ikeji Blog.

A lot of vacuum cleaner-related jokes ensued when Dyson announced its plans of entering the electric car business back in 2017. The situation, however, became rather grim in October last year, when the company abandoned its electric car program over lack of commercial feasibility. Source […]