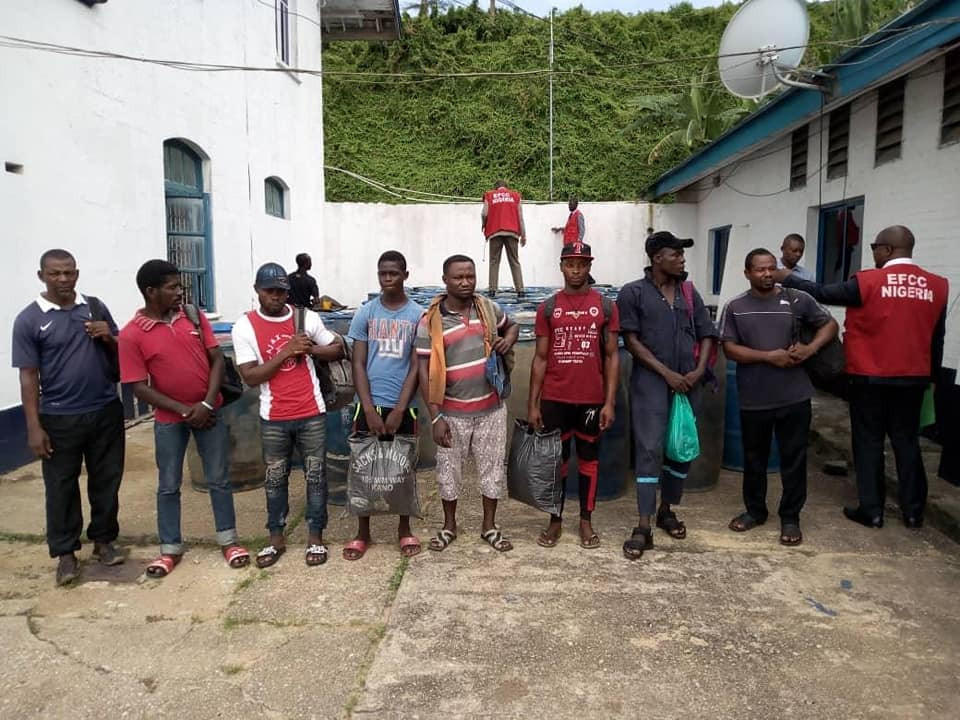 The Nigerian Navy, NNS Victory Calabar on May 7, 2019 handed over eight persons suspected to be involved in illegal conveyance of oil, to the Economic and Financial Crimes Commission, EFCC Uyo Zonal Office, including 105 drums of Premium Motor Spirit, and the wooden boat used for the illegal activity.The suspects arrested onboard the boat are: Godwin Eden (Nigerian), Justice Ebanga (Nigerian), Effiong Gilbert (Nigerian), Manasseh Obani (Nigerian), Ambe Festus (Cameroonian), Alpha Emmanuel (Cameroonian), Sakwe Felix (Cameroonian) and Vasco Mekora (Cameroonian).According to Commander M.D. Fefa who handed over the suspects to the EFCC, the arrest was made on April 28, 2019, by a patrol team from his Command.“My men intercepted the wooden boat ladened with drums of Premium Motor Spirit PMS, concealed under plastic drums of palm oil, at Oron Bar along the Calabar waterways, while they were transiting to Cameroon,” he said.While receiving the suspects, Victor Ikang, Head, Extractive Industry Fraud Section, EIFS of the EFCC Uyo office, gave the assurance that the Commission remained poised to rid the nation of illegal dealing in petroleum products which has so far affected the Nigerian economy negatively. 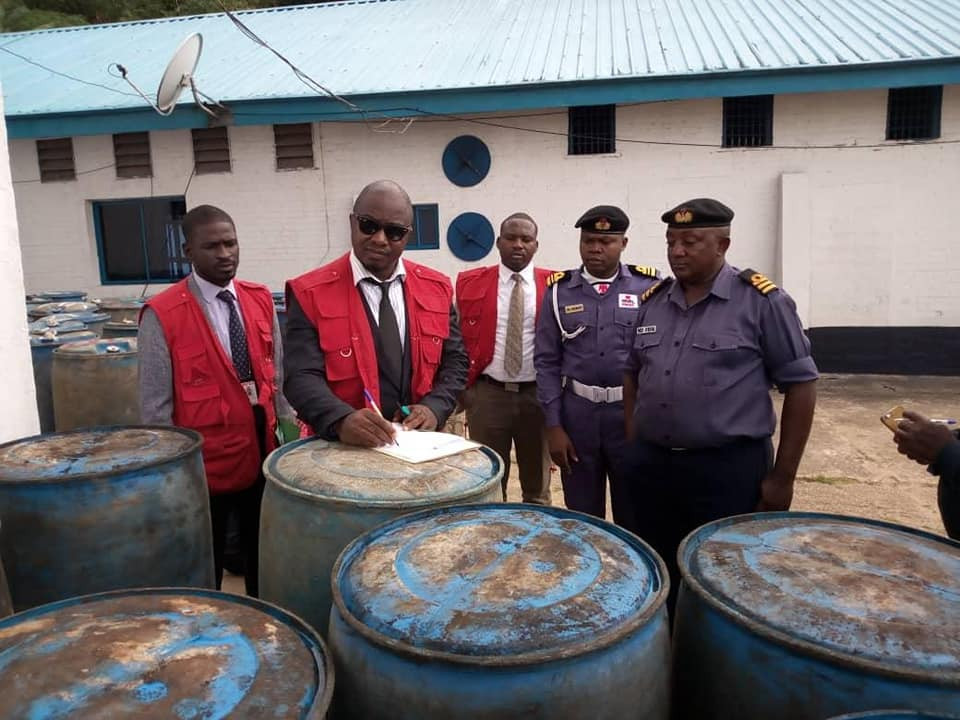 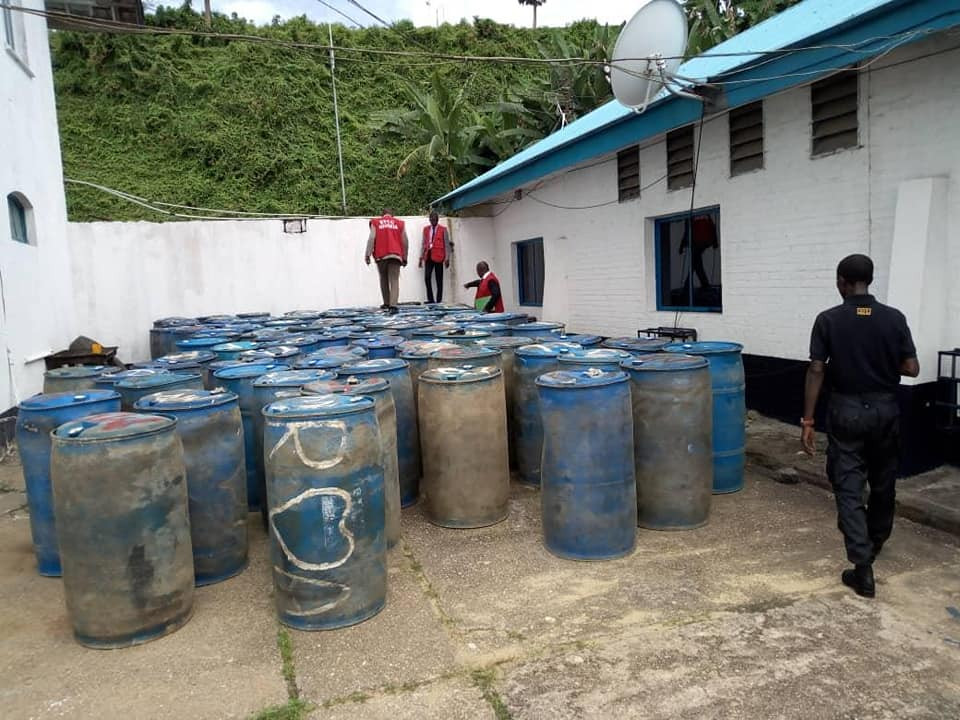 “The EFCC is determined to enforce its mandate, while collaborating with other security agencies like the Navy in ensuring that the Nations waterways are safe and secured,” he said, stressing that the culprits will be duly prosecuted.The post Photos: Nigerian Navy paradeseight suspects for oil theft appeared first on Linda Ikeji Blog.