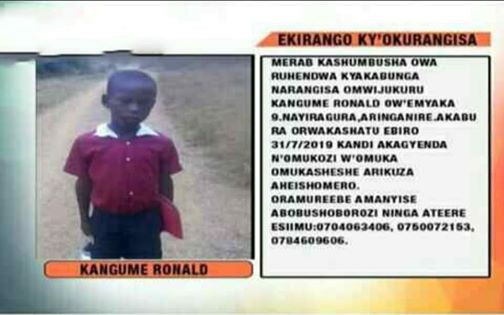 Police on Wednesday, August 14, recovered the body of an eight-year-old boy who was kidnapped and killed on July 31 in Kiruhura District, Uganda. The police said Ronald Kangume was kidnapped on his way to Christ the King Primary School in Ruhondwa Village, Kyakabunga Parish in Nyakashashara Sub-county by the family shamba boy. The suspects, both shamba boys, allegedly connived with a bank staff, to kidnap the boy and demand a ransom of $100,000 (about Shs3.6 billion) from his relatives.“The suspect offered to carry the young boy on a bicycle as he was going to school. He instead rode with him deep into the bush in the family farm and hid him. They then began calling the boy’s relatives for a ransom,” Rwizi Region police spokesperson Samson Kasasira said on Tuesday. 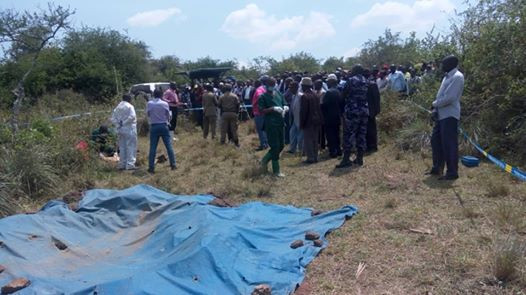 Mr Kasasira said they demanded ransom from Mr George Kamugisha, Kangume’s grandfather, but they killed the boy two hours after they had abducted him. They strangled him using a piece of cloth and buried the body in a hole beneath an anthill. When the relatives reported the matter, police began tracking the phones the kidnappers had used in demanding ransom and those of their close friends. One of the shamba boys was arrested from Nyamityobora Ward in Mbarara Municipality on August 10. The other one was arrested from Kiruhura District. Eleven people have been arrested in connection with the kidnap and killing . Police revealed that among the suspects is an employee of a bank in Kampala. 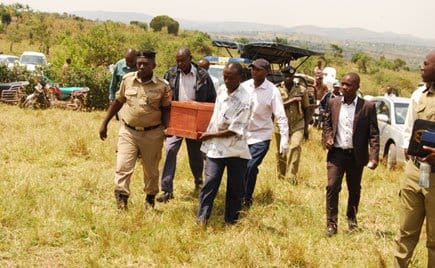 Mr Kasasira said the bank employee was arrested after the main suspect disclosed to police that though they were demanding for ransom from the boy’s relatives, the bank officer had hired them to get a skull of a Muhima toddler.“The shamba boy alleges that the bank employee hired him to get a skull of a Muhima child at a cost of Shs20 million. After killing the boy, they buried the body, waiting for the money so that they could remove the head and give it to the person who hired them,” he said. Police said the father of the boy works abroad but did not give his name and could not immediately establish the whereabouts of the mother. Mr Kamugisha declined to speak to journalists about the matter. The Director of Uganda Police Health Services, Dr Moses Byaruhanga, headed the team that exhumed and examined the body before it was handed over to the relatives for burial.“This is a serious case, which must go to court. The work of police is to investigate and give evidence against the suspects for the DPP [Director of Public Prosecutions] to prove in court that they are guilty,” Mr Byaruhanga said.  The post Photos: Police recovers body of 8-year-old boy kidnapped and murdered in Uganda appeared first on Linda Ikeji Blog.