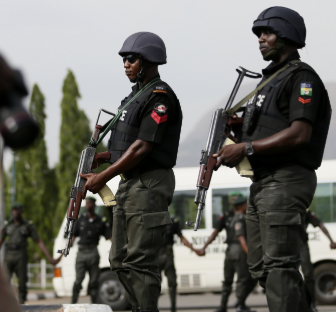 The police in Imo State have arrested a leader of a dreaded cult group in Imo State University Owerri, Anthony Chukwudalu (21), for allegedly killing one Victory Godwin Japhet, a final year student of Alvan Ikoku Federal College of Education, Owerri. The state’s Commissioner of Police, Rabiu Ladodo, said Chukwudalu, who murdered the victim at the front gate of Imo State University on July 31, 2019, was later tracked down and arrested in Aba, Abia State.“The suspect was tracked down, arrested in Aba, Abia State and on interrogation, confessed membership of Neco Black Movement of Africa alias Black Axe Secret Confraternity of which he is the leader of the dreaded cult group in Imo State University Owerri,” he said while parading the suspect at the Command Headquarters, Owerri.The post Police arrest cult leaderfor murder of final year student in Imo State appeared first on Linda Ikeji Blog.

Peruzzi's old tweet in which he declared himself a rapist and also supported rape has surfaced online.  Recall that the singer is currently embroiled in a rape saga with a lady who accused him of raping her in 2012.  Though the lady the rape victim said was present when […]

It didn’t happen, I was there – Woman whose name was mentioned as a witness by Peruzzi’s rape accuser defends him (video)

A woman named Aisha, who was present on the night Peruzzi’s accuser claims she was raped by the singer, has defended Peruzzi while stating that the accuser is lying. Earlier today, a woman took to Twitter today to accuse Peruzzi of rape. The woman claimed […]