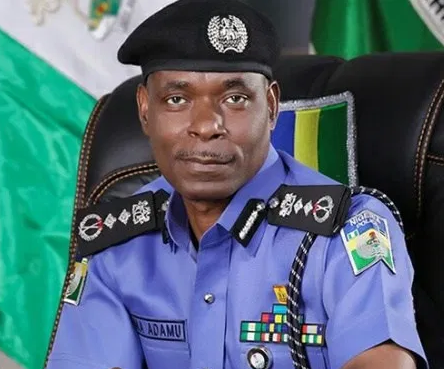 The Lagos State police command has declared four cultists wanted.   The four cultists declared wanted are, Mearling, Samuel, Jide and K. infinity. This followed confessional statement of seven Eiye confraternity members who were recently charged to court after men of the Special Anti Robbery Squad, Iju base rounded them up.   One Mr Babatunde Shotayo had written a petition to the police that Eiye cult group were forcefully initiating young boys in the area. Those charged to court after investigation were Temitope Joseph, Adewale Olatokun, Lekan Akinlabi, Alesanmi Sikiru, Olalekan Aina, Fagbayi Lateef and Keji Awunu.     Upon the receipt of the petition, the O/C SARS Iju base, ASP Oluwo Wasiu, was given a tall order to get the suspects arrested.  Wasiu led his crack detectives to the area and arrested the seven suspects. During investigation the suspects mentioned the names of the 4 suspects as their members.  The suspects were thereafter arraigned at the magistrate court 4, Ogba on charges bordering on cultism, forcefully initiating of young boys among others.   Count 1 reads that you Temitope Joseph ‘m’, Adewale Olatokun ‘m’ lekan Akinlabi ‘m’, Keji Awunu ‘m’, Fagbayi Lateef ‘m’ and others at large on the 10th of September 2019 at about 09:00hrs at Fagba area of Iju, Lagos magisterial district, did conspire among yourselves to commit felony to wit, unlawful society and thereby committed an offence punishable under section 411 of the criminal Law of Lagos State 2015.   All the suspects pleaded not guilty and were granted bail in the sum of #50,000.00 each with one Surety in like sum. They have been remanded at Kirikiri prison pending when they would meet their bail requirement.The post Police declare four cultists wanted in Lagos State appeared first on Linda Ikeji Blog.