American singer, Faith Evans was reportedly arrested for domestic violence after she allegedly attacked her husband, Stevie J, during a heated argument last week. According to TMZ, Police were called to the couple's Los Angeles home around 1 am after an argument allegedly turned violent between […] 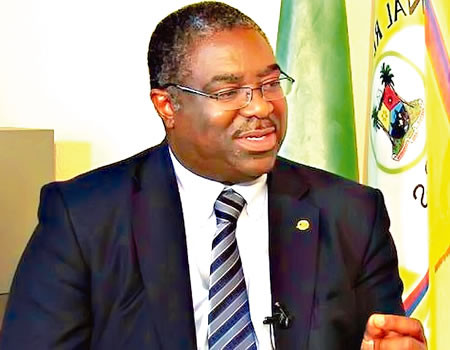 Tunde Fowler, the Executive Chairman of the Federal Inland Revenue Service (FIRS), has received a query form the Federal government over what has been described as the variance in tax collection figures since he assumed office in 2015. In the query titled “Re-Budgeted FIRS Collection and Actual Collections'' and personally signed and dated August 8th by President Buhari's Chief of Staff, Abba Kyari, the presidency said it observed ''significant variances'' between the budgeted collections and actual collections for the period 2015 to 2018. “Accordingly, you are kindly requested to submit a comprehensive variance analysis explaining the reasons for the variances between budgeted and actual collections for each tax item for each of the years 2015 to 2018.” Official records from FIRS indicates that the agency has not been able to meet its collection targets since Fowler took over as chairman in 2015. In 2015, FIRS set N4.7 trillion target but was only able to make N3.7 trillion in the actual collection. In 2016, 2017 and 2018, the target collections were N4.2 trillion, N4.8 trillion and N6.7 trillion but the actual collections were N3.3 trillion, N4.0 trillion and N5.3 trillion, respectively. Fowler, 63, was appointed FIRS chairman in 2015 when President Buhari removed Samuel Odugbesan who was appointed by former President Goodluck Jonathan. Until his appointment, Fowler was the executive chairman of Lagos State Inland Revenue Board (LIRS).The post Presidency issues Tunde Fowler query over variance in tax collection figures appeared first on Linda Ikeji Blog.