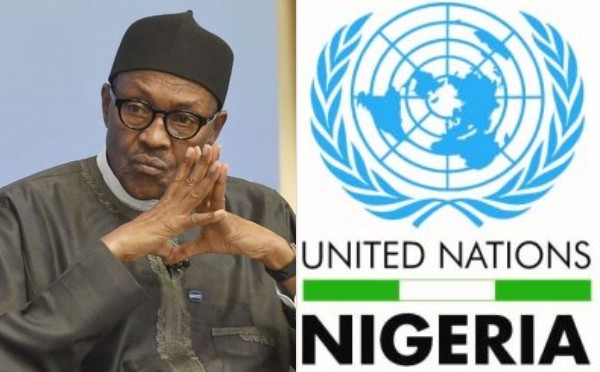 The Presidency has expressed its disappointment with UN Rapporteur Report of violence in Nigeria which it said was silent on intra-group, inter-group and community violence.  The preliminary Statement released by the UN Special Rapporteur Agnes Callamard at the end of her 12-day mission to Nigeria read “Nigeria is a pressure cooker of internal conflicts and generalised violence that must be addressed urgently, with issues like poverty and climate change adding to the crisis. The overall situation that I encountered in Nigeria gives rise to extreme concern.” However the Senior Special Assistant to the President on Media and Publicity Garba Shehu, condemned the report and also stated that Benue, Taraba, Cross River States and other parts of the country had casualties and displaced persons as a result of intra-group, inter-group and community violence.  Admitting that violence between farmers and herders which has a long history in Nigeria spiked in recent years, the Presidency said peace has returned to affected areas due to the effectiveness with which the Federal and State authorities responded.  “We are saddened that the rapporteur did not address intra-ethnic conflicts and cattle rustling as key elements in herder/farmer conflicts. In Benue State for instance, the Tiv/Jukun conflict and kidnapping is a major problem. We are glad that local communities have fully realized this, and scholars with a strong motivation for peace and stability in their communities and the nation are trying to address the problem.“Ignoring the salient issues will not help to solve the problem. If you are going to address violence and the general insecurity in Nigeria, incidents everywhere should be part of the narrative. Not addressing this might make it easier to blame the Federal Government, but national peace and security is community based and a collective responsibility.“Arrests, prosecution and locking people up are only small parts of National Security and Safety strategy,” Mr Shehu said. The Presidency also said the work of a US scholar of Tiv extraction, Professor Dick Adzenge deserved special mention for attempting to get aspects of violence addressed. It also argued that arrests, prosecution and locking people up were only small parts of national security and safety strategy. “Professor Adzenge and a few others like him are working with young people, traditional rulers and communities to seek peaceful resolution of conflicts and encourage peaceful co-existence.“The sort of effort we are talking about here has so far revealed interesting facts about the problem in Benue State that cannot be ignored.“And it is the sort of support we seek from the UN rapporteur in reporting, not the report that scratches the surface of the subject then ends up blaming the government under the able leadership of President Muhammadu Buhari. The UN representative needs to be truthful and even-handed in her assignment,” he said   The post Presidency says UN rapporteur report on insecurity in Nigeria is disappointing appeared first on Linda Ikeji Blog.