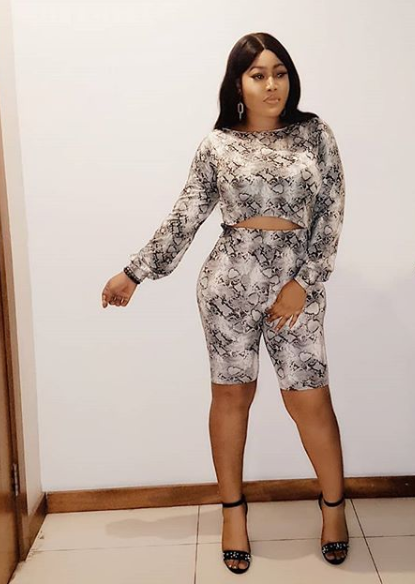 Actress Chesan Nze has sent out a warning to Nollywood movie producers insisting on sleeping with her before giving her movie roles as she explained why she barely feature in movies.  Chesan said most male movie producers are out to frustrate and drain female entertainers emotionally and physically. The aggrieved actress averred that she won't name any producer now but will be forced to do that if such act continues.  She wrote "This is for those producer's who insist on sex for roles. I am simple and understanding but so many male producer's in this industry of entertainment will frustrate you emotionally and physically, I wish to share my challenges to the world today. To be an ENTERTAINER in Nigeria without a rich background or support system will drain you mentally and physically. 90% of Nollywood is a 'fucking industry', 10% are genuine but the rest just want your PUSSY before they work and also use you.The reason why I barely feature in movies constantly is cause most producer's want to fuck you before giving you a 'damn role' and pay you for fucking you and using you. I won't list names but trust me the industry is not a decent industry. WARNING TO ALL PUSSY PRODUCERS. IF YOU DON'T WANT TO WORK WITH GOOD ACTOR'S DON'T CONTACT ME, ELSE I WILL DISGRACE YOUR FUCK ASS ON THIS PLATFORM. I AM ONLY AVAILABLE TO WORK WITH REAL PRODUCERS AND PRODUCTIONS. KPERE!!! I AM DONE KEEPING MUTE OVER THIS FUCKING PRODUCER'S.I do this business for the love of entertaining my people, and also run my business aside and these producers want me to sacrifice my dignity for passion after sacrificing my time for my dream. How long will this continue in nollywood???? You want to have SEX as a condition before featuring an Actor whom you contacted and audition for a role???? Who does that??? It is alarming, Actors no longer attract respect to their career because of this pussy producers. Everyone sees actors as PROSTITUTES why???? Is this what we define as passion???? Been sick about this whole thing. I seek to invest in my own dream, henceforth I will shoot my own movies no matter how hard, I will do it for the love of my people, and also work for only serious minded producers. Say no to corrupt nollywood. Let's encourage our youths." 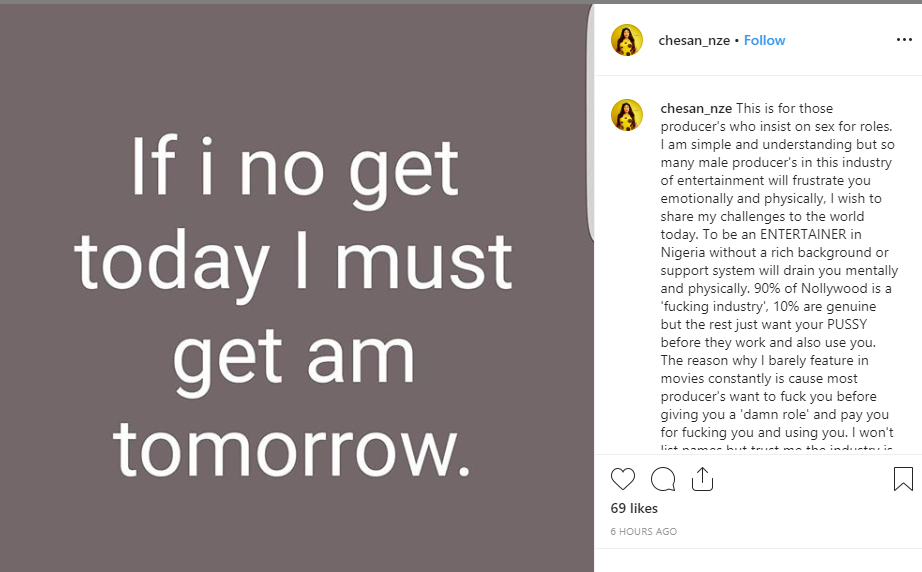 The post Producers want to have sex with me before giving me a movie role – Actress Chesan Nze appeared first on Linda Ikeji Blog.