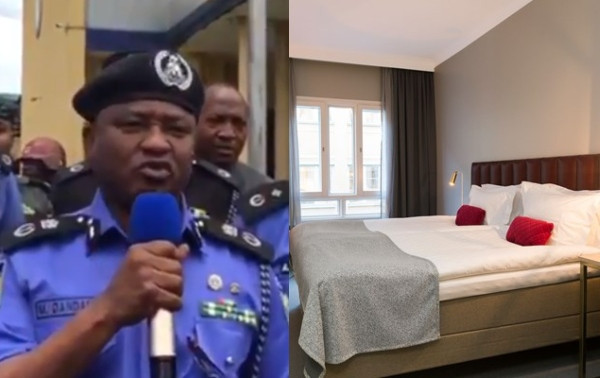 A suspected member of the gang involved in the killing of young girls in Rivers State have been arrested by the police after attempting to strangle a young girl at a hotel in Mile 4 area of Port Harcourt. The arrested suspect reportedly struck around 2am when the young lady was sleeping before she raised an alarm. The man reportedly got violent when she started shouting, leading to a struggle as she tried opening the door.  “The woman went into the hotel on the man’s invitation and when she slept off, the man tried to killed her with a pillow. She was lucky to have woken up as the man tried to pin her down.“The woman immediately shouted for help and the people in the hotel called the police, who raced to the scene  and forced the door open. The police eventually rescued the woman and arrested the man" a source told Punch.  The state Commissioner of Police, Mr Mustapha Dandaura who confirmed the arrest said the police are already investigating the incident. Rivers state Police spokesperson, Mr Nnamdi Omoni said the arrested suspect has been moved to the State Criminal Investigation and Intelligence Department as preliminary investigation revealed he is an indigene of Akwa Ibom state.  He said, “The young woman escaped, because she was able to raise the alarm around 2am. She was sleeping and suddenly woke up to see the man, who brought her to the hotel, charging at her.“The man tried to strangle her and he was arrested by our men. He is from Akwa Ibom and is a builder. He told us that he was a school dropout. The people in the hotel called the police, who rushed to the place, rescued the young woman and arrested the man.”      View this post on Instagram         A suspected member of the gang involved in killing of young girls in Port Harcourt, has been arrested by the Rivers state. He tried strangling a young lady with a pillow at a hotel in Mile 4 area of Port Harcourt BBC PidginA post shared by Lindaikejiblog (@lindaikejiblogofficial) on Sep 18, 2019 at 9:52pm PDTThe post Rivers police arrest suspect who tried to strangle his victim at Port Harcourt hotel (video) appeared first on Linda Ikeji Blog.