Every year we find that more and more people are picking the worst possible passwords to secure their devices and online accounts. Many still insist on using the classic “123456” and “qwerty,” or a seemingly unsophisticated combination of the two. Even worse, study after study […]

Two employees of the United Nations mission in Israel have been suspended without pay after a viral video featured a sex act in their official vehicle, as it drove down a major street in Tel Aviv. Recall that in the 18-second video, a woman in a red […] 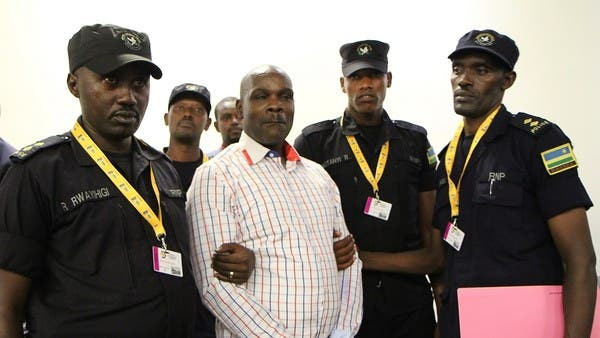 Rwanda’s High Court on Thursday May 28th sentenced a former mayor to life in prison for his role in the country’s 1994 genocide, which resulted in the deaths of 800,000 people in the East African country.  Ladislas Ntaganzwa, was one of the top fugitive suspects, accused of playing a key role in the massacre. He was arrested in neighboring Democratic Republic of Congo in 2015 before he was brought back to Rwanda in 2016 where he has been on trial. Ntaganzwa, who had a $5-million (4.6-million-euro) US bounty on his head was accused of organising “the massacre of thousands of Tutsis at various locations,” the UN-backed Mechanism for International Criminal Tribunals (MICT) said when he was arrested. “He was also alleged to have orchestrated the rape and sexual violence committed against many women,” it said. A statement from Rwanda’s prosecution authority said the court “convicted him for genocide, extermination as crime against humanity and rape as crime against humanity and sentenced him to life imprisonment.” Ntaganzwa was, however, “not found guilty of murder as crime against humanity and direct and public incitement to commit genocide,” the prosecution authority said. The court found the former mayor of southern Nyakizu personally led a series of massacres of Tutsi civilians, including an attack on a church where thousands had taken shelter. “It’s a guilty verdict. The court has sentenced him to life in prison. Overall we are not satisfied with the ruling. We are going to appeal,” his lawyer Alexis Musonera told AFP. In a related development, a French court on Wednesday denied bail to Felicien Kabuga, the top-most fugitive from the genocide who was arrested earlier this month in France after 25 years on the run. The post Rwanda court jails ex-politician for life over his role in the 1994 genocide appeared first on Linda Ikeji Blog.

Bill to strip the president of powers to order for forfeiture of assets of accused persons, scales second reading

Every year we find that more and more people are picking the worst possible passwords to secure their devices and online accounts. Many still insist on using the classic “123456” and “qwerty,” or a seemingly unsophisticated combination of the two. Even worse, study after study […]