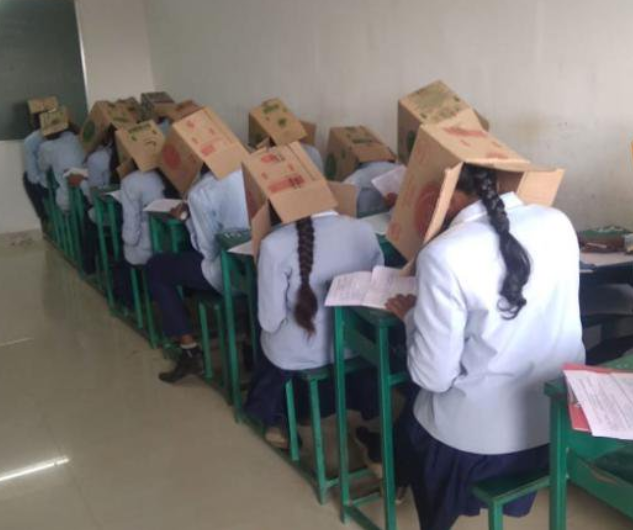 A school in India has apologized after photos emerged of students wearing cardboard boxes on their heads during an exam to prevent cheating.   The Bhagat Pre-University College in Haveri, in India's southwestern Karnataka state, implemented a trial run of the new measure last week, according to school management head M.B. Sateesh. A staff member photographed the students sitting in neat rows, their heads obscured by cardboard boxes. The front of the boxes had been cut out, allowing students to see their desks and exam sheets but restricting their vision, similar to blinkers used on a horse. 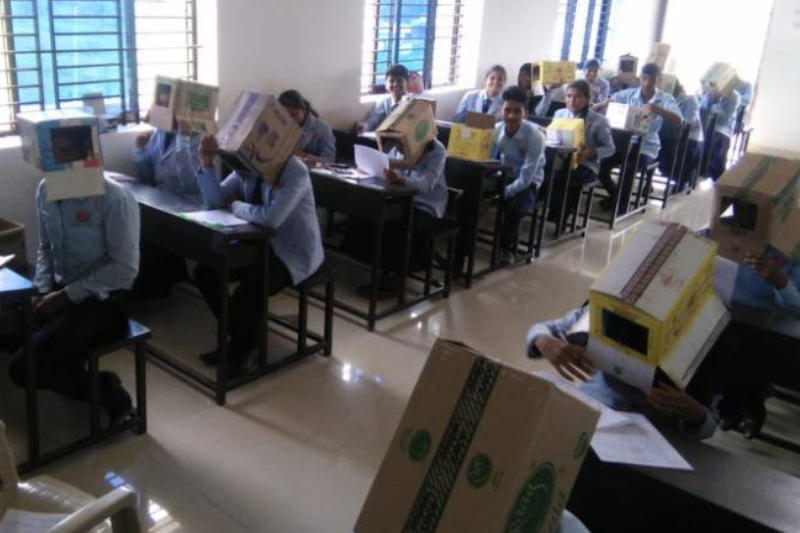 The photos were posted on Facebook by a staff member and promptly went viral but it didn't take long for the school to start facing widespread criticism on social media. Even government officials weighed in. Suresh Kumar, the state education minister, said in a tweet that the school's practice was "unacceptable. Nobody has any right to treat anybody more so students like animals. This (perversion) will be dealt with aptly." The school has now provided authorities with a written explanation of the trial and an apology, Sateesh said.The post School apologises after photos of students wearing cardboard boxes on their heads during an exam goes viral appeared first on Linda Ikeji Blog.