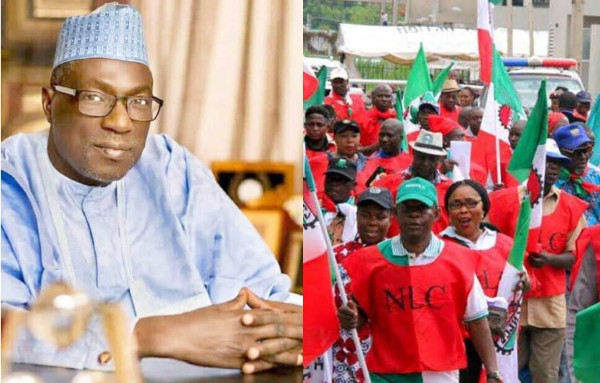 Senator Ahmed Makarfi has spoken out against the increased salary the Nigerian Labour Congress is clamouring for in his speech at the 36th Annual General Meeting of Unity Schools Old Students Association (USOSA) at the Federal Government College, Kaduna. Describing NLC's call for salary increment as "over monetization in Nigeria", the former Governor of Kano State said workers should hold political leaders accountable for good governance instead of asking for money.  He said: “I had challenged, even before I became a governor, the Labour leaders I knew that when you people begin to talk of money, money, money, you will end up with money that is not going to be useful.“Rather, hold government accountable. Demand for good governance, demand for infrastructure, demand for security, demand for a lot of things that are expected from government, a living wage which will be minimal.“But if you are always asking for money, somebody gives you N10 and takes away N30 for example, how do you benefit?”The post Senator Makarfi says salary increment wont help Nigerian workers, describes it as ‘over monetization in Nigeria’ appeared first on Linda Ikeji Blog.